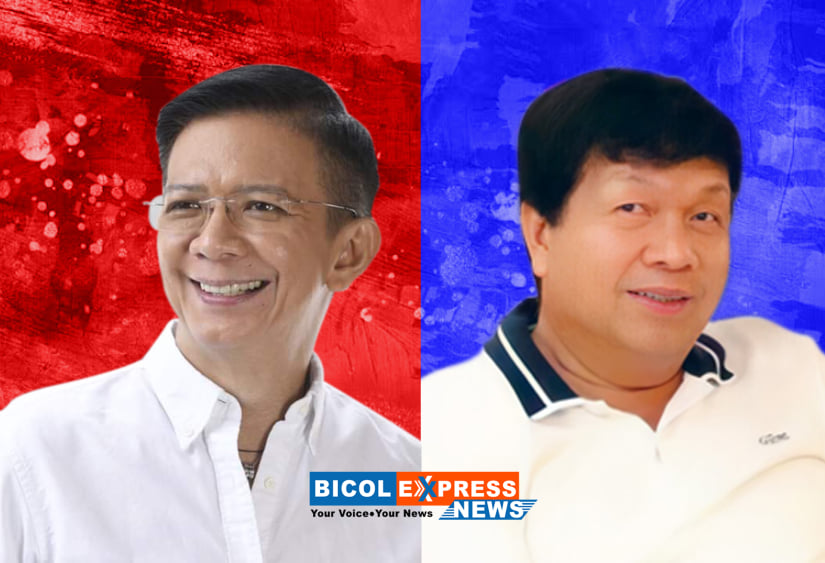 As the dust settled down in the wake of Leni-Kiko grand rally euphoria in Sorsogon Province on Wednesday, and the last groups of Pink supporters reached their homes for the night, two (2) important figures in Sorsogon politics have not openly endorsed support for Leni Robredo’s presidential bid.

Senatorial bet Chiz Escudero, also Governor of Sorsogon, has been in the public radar for quite some time, but he has not issued any official declaration that he is endorsing Robredo, and Kiko Pangilinan.

Edwin “Boboy” Hamor, close ally of Chiz and his chosen gubernatorial bet in Sorsogon, also has not publicly endorsed Robredo.

In Sorsogon, failure by these 2 politicians to openly endorse Leni may affect their votes in the May polls, as pro- Leni supporters may isolate them from the Leni bandwagon.

Lately, Pink groups are already noticing these two influential politicians in Sorsogon have not yet openly declared their support for Leni.

Other Sorsogon town officials had declared their support for team Leni-Kiko weeks ago, but these two big players appear to be fence – sitting under the guise of being team players.

They have cards only known to them and they want to play it good in Sorsogon politics.

While in the national arena, Chiz is perceived as playing a different ball game.

It must be recalled that Escudero ran for vice president against Leni in 2016, and that he is waiting his chance for 2028, six years from now.

Speculators are saying a strong Leni-Kiko administration may deny Chiz the big chance to aim for presidency in 2028, if the power tandem will set their eyes on other upcoming leader.

Chiz is in the senatorial slate of Leni-Kiko team and reports say he is leading in mock elections conducted by civil society groups, and in poll surveys.

Chiz Escudero may be seen as free loading on the Leni bandwagon, while keeping his cards close to his chest, hoping the Pinks would not notice that he did not publicly declare his support for Leni.

Leni, whose roots are in Sorsogon, is expecting landslide victory in the province as to cushion for any poor results in other provinces.

It may be an oversight for the two Sorsogon politicians, but they “must walk the talk”.

The Pinks are waiting for their endorsements publicly.