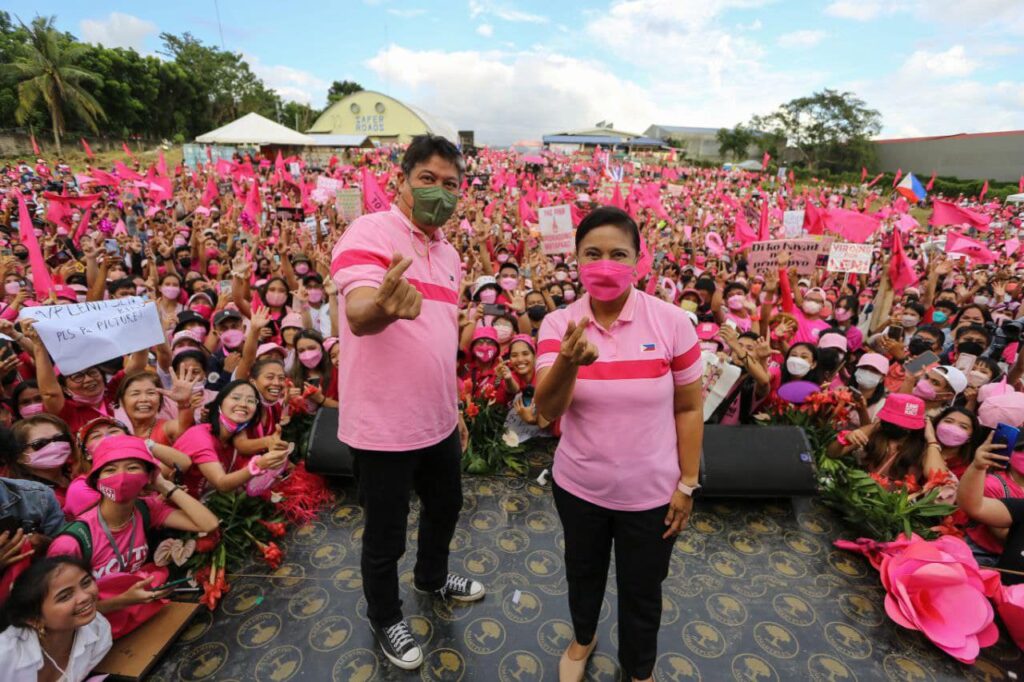 Vice President Leni Robredo, if elected into office, intends to allot at least P116 billion for agriculture, more than double what the Duterte Administration had allocated in 2021.

A Robredo government will usher in a farming boom “that will feed the nation,” said her running mate, Senator Francis “Kiko” Pangilinan.

Pangilinan contrasted it to a Marcos presidency that would only nurture “troll farms that will only produce lies.”

Pangilinan described Robredo “as a pro-farmer leader who has a clear pro-farmer plan,” while her rival, Ferdinand “Bongbong” Marcos is “a digital plantation owner where hate is raised.”

“And that is the great difference, in experience and in outlook,” said Pangilinan.

“It is a difference that will either make us a food-secure country or a hungry nation,” he said.

Pangilinan said Robredo has first-hand experience in studying the complexities of the food value chain.

“She’s a lawyer who represented landless farmers, a development worker who joined programs that raised incomes in communities, a lawmaker who focused on food and nutrition, a homemaker who goes to the market to buy food,” said the senator.

“When it comes to farming issues, she’s a boots-on-the-ground type,” Pangilinan said.

On the ground leadership

“Kapag lumubog ka sa komunidad, it is an immersion that teaches you more on what farmers are experiencing more than reading about their plight in a PowerPoint presentation,” he said.

Her flagship Angat Buhay Program has focused on helping farmers and fisherfolk increase productivity, and bring their produce straight to the market.