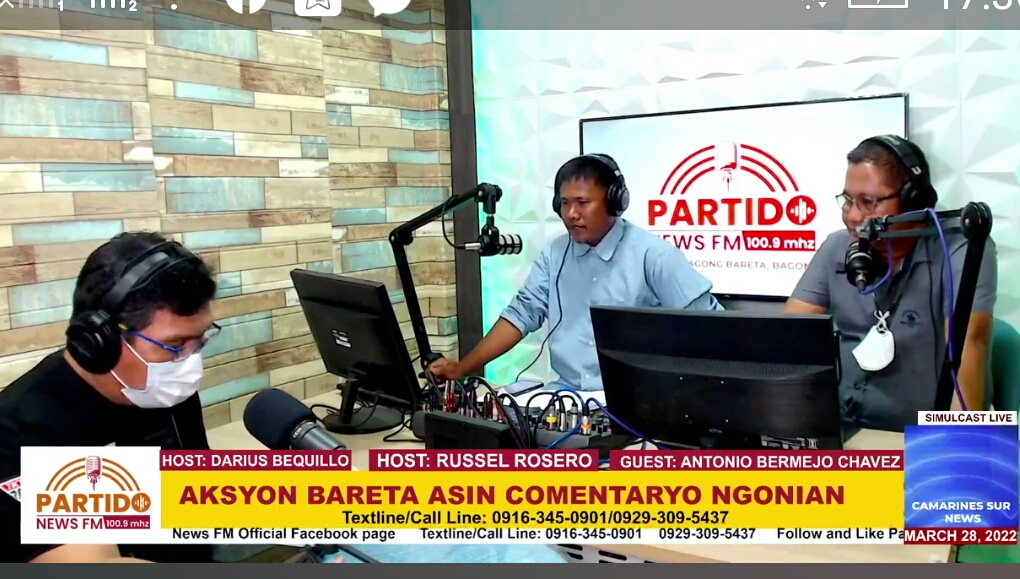 Candidate for Congressman “ABC” Antonio B Chavez vows to establish a big hospital in Camarines Sur 4th District to serve the medical needs of district residents and to decongest the overcrowded Bicol Medical Center in Naga City.

According to ABC Chavez, this must be a medical center fully equipped to handle all medical treatment issues, from heart strokes, emergency cases, surgeries, dialysis, caesarian operations and birthing, and others.

“There are so many with Dialysis cases here in the 4th District that require regular visits at dialysis centers in Naga City. With a medical center here, patients will reduce costs for treatment,” he said.

“I have visited the remote villages, including the coastal areas, and I pity the locals who cannot afford to go to the BMC in Naga City, and many had died before reaching Naga City due to longer travel time, and unavailability of ambulance services,” ABC Chavez said.

“Once I win a seat in Congress, this is one of my priority agenda, to lobby for a special law creating the Partido Medical Center, including its funding,” ABC Chavez said, during an interview with ABC@Your Service program host Russell Rosero of Partido News FM, 100.9 on Monday, March 28.

“We can start with a 100 bed capacity, that can expand afterward,” he said, referring to BMC as medical center model, that has expanded to present 1000 bed-capacity.

The 4th District is composed of the towns of Tigaon,Sagñay, Goa, Tinambac, Presentacion, Lagonoy, San Jose, Siruma, Caramoan, and Garchitorena.