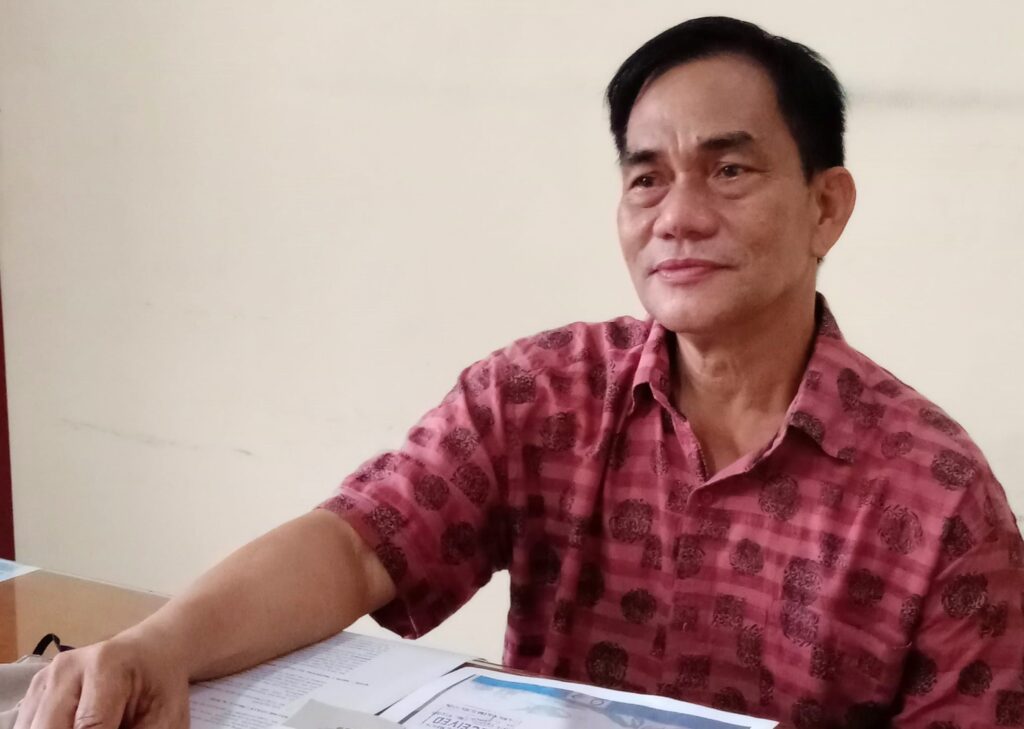 Espela was sworn in by ABC Mun.Federation president Florenda F Gallon, after which newly-installed Mayor Espela, in turn, administered the oath of office to incoming Vice Mayor Fungo.

He then ran for mayor in 2019 and won against former Mayor Nida Gamos.

Espela, a seasoned legislator, first served for three terms or nine years as Municipal Councilor (2007 to 2016). He then ran as vice mayor in 2016 and won.

Espela was reelected in 2019, and now he is rrunning for his third and last term in the upcoming May 9, 2022 local and national elections under the NPC of gubernatorial candidate Casiguran Mayor Edwin “Boboy”Hamor. and outgoing Governor and now senatorial candidate Chiz Escudero.

Meanwhile Mayor Espela said Mark Jewery, the son of the late Mayor Lozano will substitute for his father as mayoral candidate this coming election. He will be Mark’s running mate.

The late mayor’s wife, former Catalina Gallanosa, will arrive on Wednesday, December 15, for the.interment, tentatively set after Christmas. She is also on dialysis,according to Mayor Espela. (with reports from BEL)