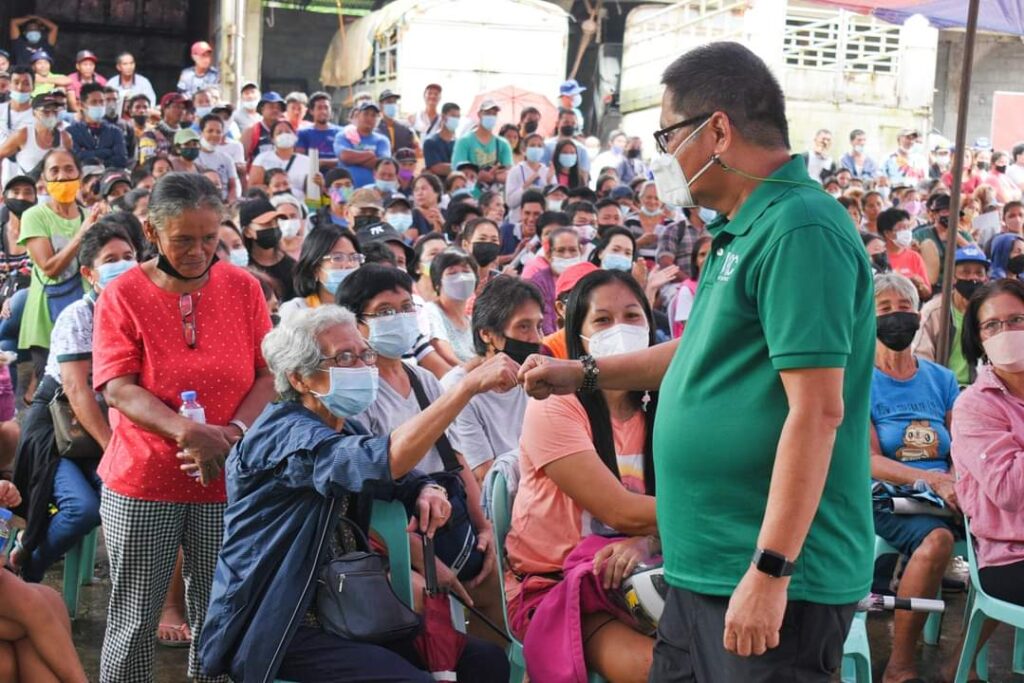 Government aid to marginalized sectors must be increased following the series of fuel price hike impacted by the ongoing Ukraine- Russia war.

To cushion the impact of sky- rocketing prices of consumer goods, the Government must provide additional safety nets, such as the grant of food aid, financial assistance, increase of social pensions, wage hike, and more incentives to government workers.

This is one of the legislative thrusts laid down by “ABC” Antonio B. Chavez of 4th District, Camarines Sur.

ABC Chavez had talked with barangay folks of Goa during the distribution of cash aid by the Provincial Government of Camarines Sur, initiated by Governor Migz Villafuerte and administrator Luigi Villafuerte.

ABC Chavez is running for Congressman in the 4th District.