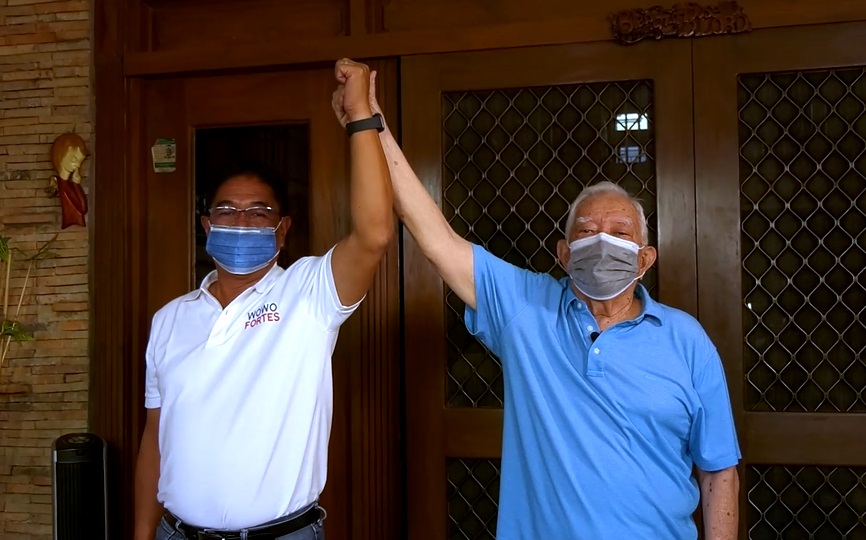 The much-sought endorsement of former 2nd district congressman Deogracias Ramos by aspiring and re-electionist politicians of the district is proof of his stature as a political voice for the voters as Vice-governor Manuel Fortes Jr. earned his support on his bid to succeed the vacant post caused by the sudden demise of Congresswoman Bernardita Ramos.

The former congressman popularly known as “Tio Ding” as early as last year been receiving visitors seeking to become his anointed one be it as local chief executive, council members and wannabes. His endorsement of Fortes was publicly announced in a thirty-three seconder video over a cup of coffee at his residence in Gubat town when Fortes visited the grand old man and considered the doyen of the district politics.

In the video, Ramos urged Fortes to follow what he started during his time as the district representative for three consecutive terms that his attention is to the development of the barangays which became a power base for him. Fortes countered that he is following that example that sometimes ago in meeting the local press he said that if elected he will be taking a closer look at the rural communities as the programs implemented by Ramos should be sustained.

Fortes was given a sort of a table education on how a congressman should serve his constituents by way of programs that answers the needs of the community that the people can claim to be their own. Tio ding became synonymous with the progress of the district out of that approach.

The vice-governor re-iterated that he is following the program base formula which coinciding their party slogan “Una an Sorsogon” as mentioned in the early part of the video by Ramos.

What was most important was said in the time frame at 1:32 of the video when Ramos said “kaya an sabi ko sa kanira, tugoti tabi niyo ako na suportahan niyo an ako na gusto ko magsalida saako sa persona ni Atorni o Vice-governor Wowo Fortes…” capping the video with a photo where Ramos raised the hand of Fortes sealing his endorsement for him.