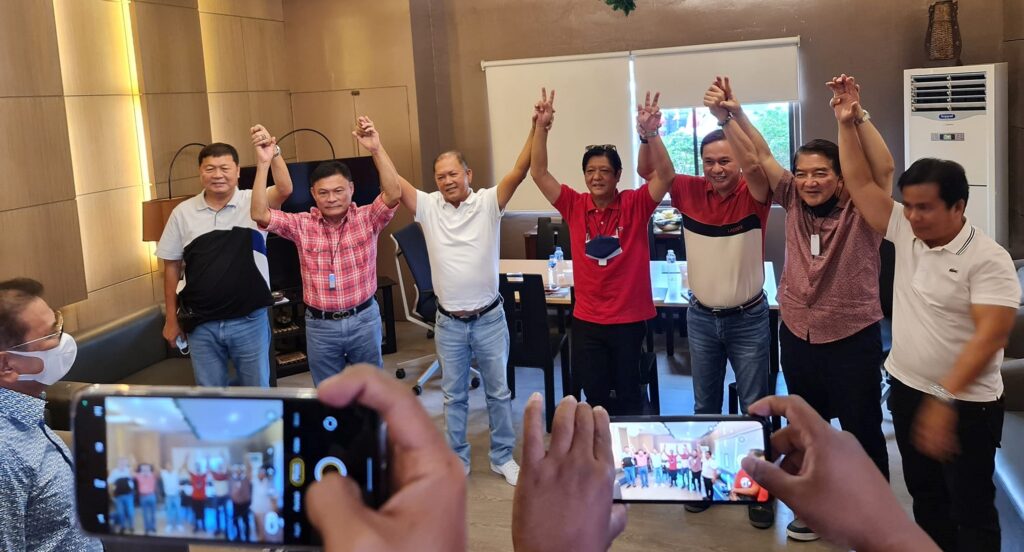 Governors Antonio Kho of Masbate, Edgar Tallado of Camarines Norte, and Joseph Cua of Catanduanes had endorsed the candidacy of Ferdinand Marcos, Jr and Sara Duterte.

This group of big political leaders from adjoining provinces of Central Philippines, commanding about 3 million voters, believed they have solidified the strength of BBM-Sara to get the highest positions of the land in May 9, 2022 elections.

According to a report, during the meeting, Governor Kho phoned Senator Bong Go to affirm that endorsement had a go-signal from Malacanang, giving Marcos Jr such an advantage of support.