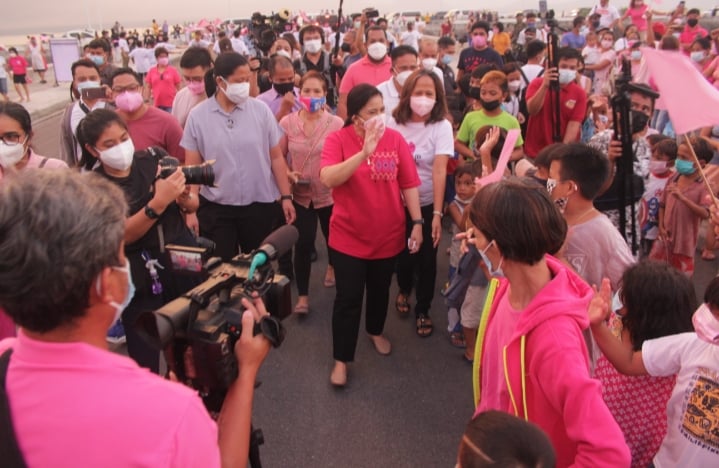 It was coming home for Vice-President Leni Robredo in Sorsogon, her roots.

Leni traced her roots in Bulan where she spent her childhood days with her grandparents.

Leni was in the motorcade, pink caravan, in the province after spending a day in Albay.

On the high cost of electricity which is a decade-old issue in the Bicol Region, saying there should be appropriate legislation involving stakeholders from power generating companies, to distributors and the end-users.

On her stand about the anti-drug war, her stand is to re-evaluate the existing strategy, adapting other countries model can be used for the campaign.

Unwarranted deaths should not be the basis for eliminating illegal drugs, a holistic approach would be better.

She does not oppose the build build build program, but must be based on the needs of farmers, fisherfolks such as farm to market roads, solar dryers, cold storage facility and other rolls outs.

She plans to talk with electric coops regarding the high cost of electricity, and with jeepney operators and drivers regarding the jeepney phase out.

She attended the inauguration of a GSAC cooperative-owned hospital, much to the joyous welcome from the residents of Barangay Balogo.