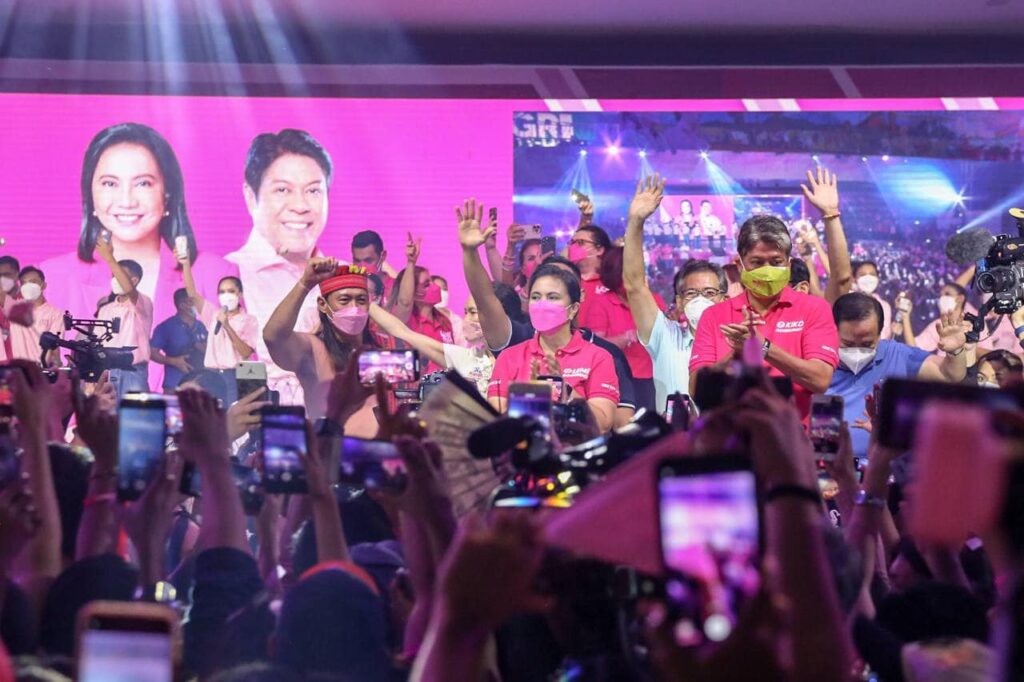 Video taken by Joey Natividad in Tigaon, Camarines Sur early Tuesday afternoon, during their stopover before the team Leni- Kiko party proceeded to other towns.