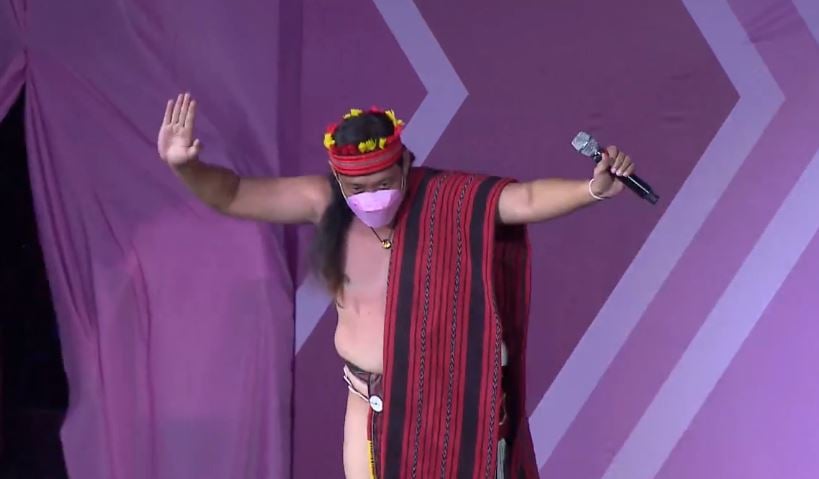 Senatorial candidate Teddy Baguilat in ethnic Ifugao attire shows to Bicolanos an Ifugao dance, educating Leni-Kiko supporters of Tigaon ,Camarines Sur the symbols of his garment according to tribal customs.

Baguilat was with the pink caravan of presidential candidate Leni Robredo and vice presidential bet Kiko Pangilinan and other senatorial candidates who held grand campaign rally in Naga City, Camarines Sur on February 8, 2022.

According to Robredo, he will be the voice of indigenous people in the Senate.

Baguilat was Governor of Ifugao Province, and then served as Representative in Congress.