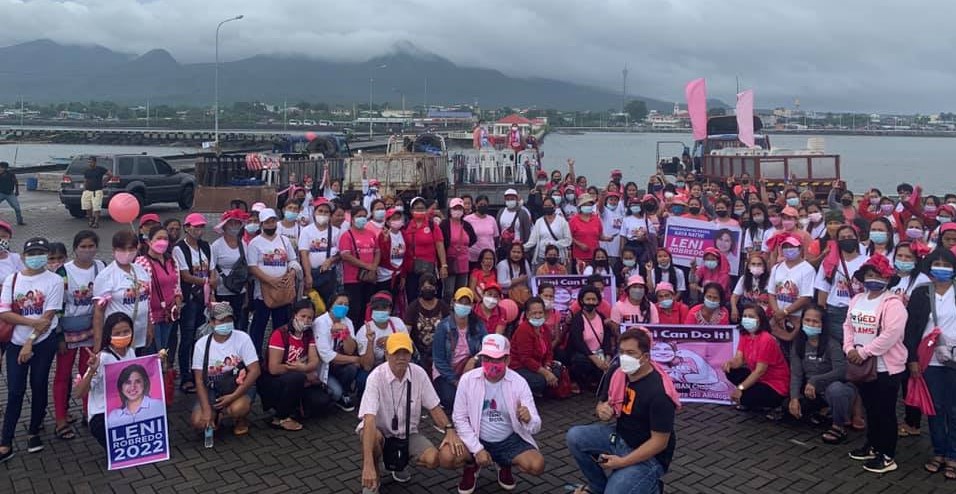 This was the farthest covered by the Caravan for Leni in one event that took 5 hours for the trip.

It covered a distance of 140 kilometers to seven (7) towns of Prieto Diaz, Gubat, Barcelona, Bulusan, Juban, Casiguran and Sorsogon City.

“I do not expect that Sorsoganons will respond to our call with such enthusiasm despite of the bad weather. but you can clearly see how warmly the Sorsoganons support Leni Robredo,” said Edgar Balasta, convenor of the event.

The caravan started at Capitol Park with nearly 50 vehicles. Took the Bacon District to Prieto Diaz with more than ten vehicles joining the convoy. Pink ribbons waved along the side of the road.

While the vehicles on the highway had decreased, the number of vehicles, jeeps and motorbikes from Bulusan had increased.

As the Caravan crossed Bulusan to Irosin provincial road, fresh batch of Irosin volunteers, hundreds of them, in various vehicles joined the caravan.

Crossing Maharlika Highway, five (5) trucks of women and vehicles joined the convoy despite the bad weather.

A few vehicles from Casiguran also drove back to Sorsogon City.

The Women’s Caravan was held under the leadership of Solid Leni Bicol Sorsogon, in collaboration with 1Sambayan, and various groups for Leni.