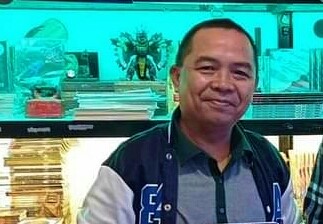 Nathan is running for Councilor as independent.

27 years of serving in the Local Government of Naga.

In those 8 years, he had been Officer in Charge on concurrent capacity at the Local Civil Registrar’s Office (LCRO) for 5 months.

According to old timers, Nathan is so prepared and much experienced for City governance.

Nathan Sergio deserves to be back to his old post in the City Council.