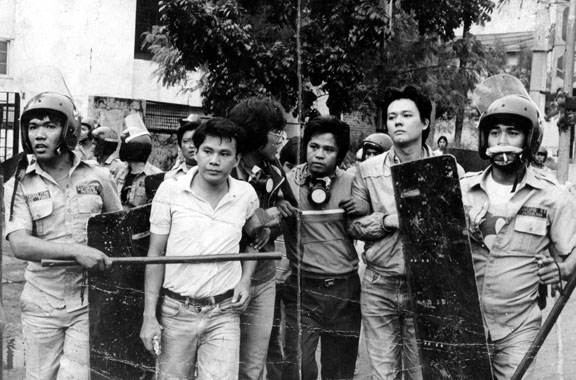 Bongbong Marcos Jr may get a sizeable slice of millennial votes in the May 2022 polls.

These millennial voters, between ages 18 – 23, do not know anything about the late dictator President Ferdinand E. Marcos (Bongbong’s father), his abuses, corruption, and plunder under the Martial Law regime of 1972 – 1986.

A sizeable number of millennial voters have no knowledge about the Marcos martial law regime, and the events leading to the ouster from power of Marcos and his family by a popular uprising, People Power in 1986.

These age groups, while in grade schools, high schools, and colleges, were possibly “reprogrammed by history revisionism”.

Beginning in later part of 2017, after Rodrigo Duterte ascended into power as President in July 2016, history narratives related to the martial law years of the Marcos dictatorship and events leading to People Power in EDSA in February 1982 were pulled out in subtle way, from history books in Grade 7 in public schools.

Under the Duterte administration, the Department of Education (DepEd) and Commission on Higher Education (CHED) had made policy changes leading to omission of said Martial Law history narratives, which in effect implemented the initial phase of “history revisionism”.

According to a public school teacher who prefers anonymity, social studies with historical narratives of the Marcos dictatorship were also stricken out from government State universities and colleges.

“Social studies are no longer offered in State universities and colleges,” the school teacher said.

So far, private schools are still teaching the original narratives in Philippine history, but they may bend down, in the immediate future, to DepEd pressures by kowtowing to “history revisionism”.

MARCOSES ARE “SAINTS” TO MANY MILLENNIAL VOTERS

“These omissions in Philippine history narratives referring to Marcos dictatorship, the plunder and corruption, have qualitative effect on present day millennials,” the teacher said.

“These specific millennial groups think the Marcos family are ‘saints'”, he said.

The school teacher conveyed his worry about the effects of history revisionism on the present student sector.

“The historical truth, the factual narratives, must be restored in Philippine history books,” he said.

“I suspect there was connivance and conspiracy between the Marcoses with the policy makers in DepEd, CHED, in revising our history narratives in a subtle level,” he said.

Education stakeholders in social studies and Philippine history must rectify these forms of history revisionism, or else the truth will be hidden from the next incoming Filipino generations, the teacher warned. 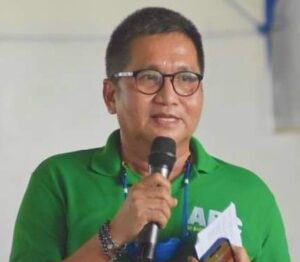 “ABC” Chavez of Camarines Sur: from the executive to legislation, setting goals in Congress