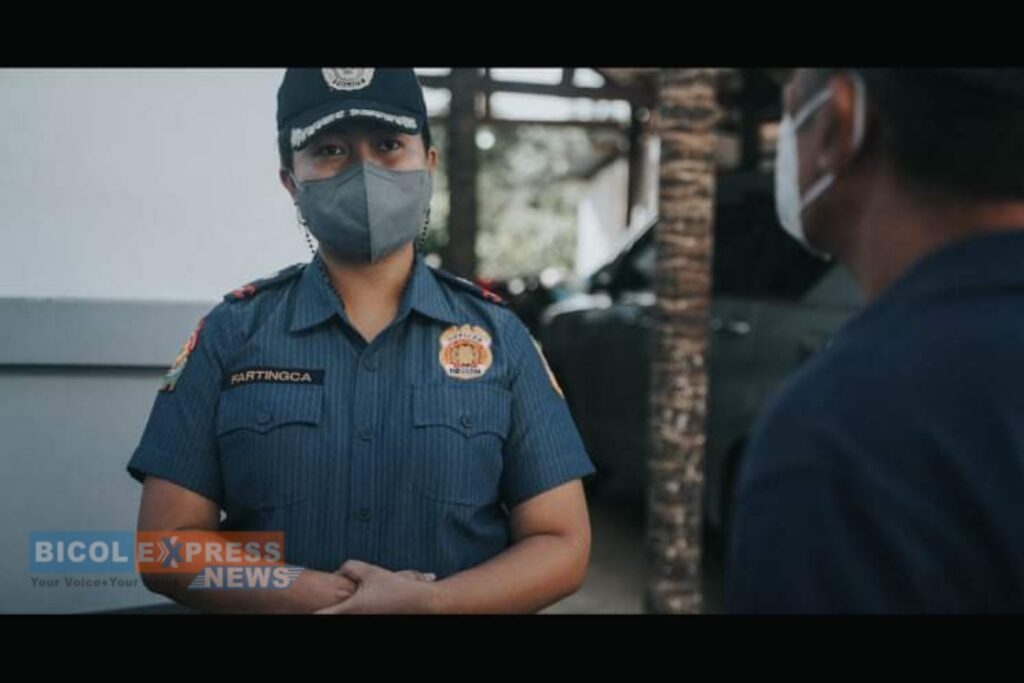 The police chief was cited with her exemplary leadership contributed to the success of police operations and various programs initiated by her command under the Pulis Kasanggayahan thrust.

The commendation was given for the decisive action of Castilla police under Fartingca’s command upon receiving a report that armed men were harassing barangay officials in Barangay Macalaya.

COP Fartingca dispatched a quick reaction team resulting in the apprehension of eleven armed men on board a Mitsubishi Montero SUV and a Toyota Innova early morning of May 9, 2022.

The armed men on board the two vehicles were carrying unlicensed high-powered firearms, live ammunition, bladed weapons, and personal belongings of Macalaya barangay officials in a police chokepoint at Barangay Burabod of the town.

The quick response prevented a disruption in the holding of local elections in the town.

PCol. Arturo P. Brual Jr, the police director echoed the national situation of the peaceful conduct of the national and local election, thanking the men and women of the provincial command for a job well done.