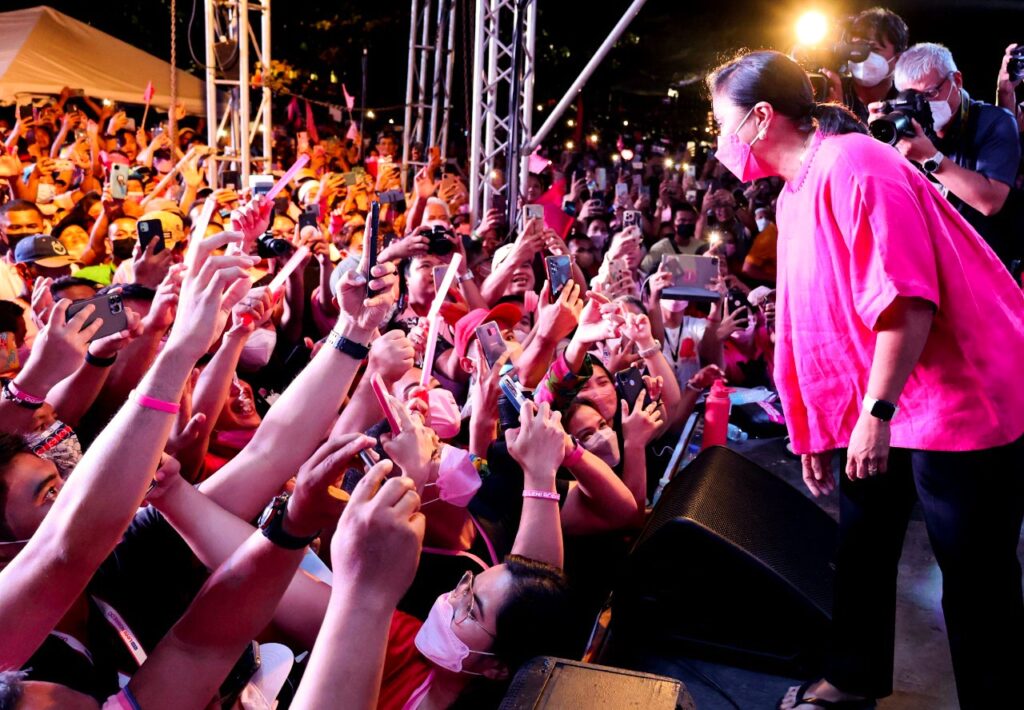 TACLOBAN CITY – Voters from two provinces in the Samar provinces have shown support for the presidential bid of Vice President Leni Robredo as thousands gather in grand rallies.

“We have been facing a major problem and we need a strong leader who will faithfully serve us. We need a leader who can inspire, support, and encourage us to raise taxes for the needs of Filipinos,” Evardone said during the grand rally at Baybay Boulevard in Borongan City Tuesday night.

The governor said he contemplated endorsing a presidential bet since there is no official candidate of the ruling PDP-Laban party.

Evardone, who serves as the PDP-Laban vice president in the Visayas, picked Robredo on March 14, a week before their party endorsed former Senator Ferdinand Marcos, Jr.

Earlier on Tuesday, Robredo visited the remote town of Maslog, Eastern Samar, a town with only about 2,000 voters.

“We will bring needed services to the remote places in the country. The farther the place, the more that it needs attention from the national government,” Robredo told thousands of supporters in Eastern Samar.

On March 28, about 73,000 people attended the rally at the University of Eastern Philippines (UEP) Grandstand Oval in Catarman town, the Northern Samar provincial government said on its Facebook post.

“The Northern Samar provincial police office estimated the crowd at about 73,000, coming from the different towns of the province. They trooped to the UEP campus in the early afternoon, despite the heavy downpour. The crowd kept coming in until evening which caused hours of heavy traffic along the Catarman-UEP route,” the provincial government added.

Northern Samar has 453,420 registered voters for the 2022 national and local polls.

Robredo started her campaign sortie in Samar in Calbayog City where she faced a crowd of 7,000 during a rally inside the city’s sports complex.

Robredo also made a stop in Gandara, Samar where she met with local cheese producers who were recipients of female carabaos distribution by the Office of the Vice President in 2018.

She made a trip to Catbalogan City for a rally within the provincial capitol grounds. Supporters also organized the March 29 rallies in Palo, Leyte; Ormoc City; and Naval, Biliran.

Of the three governors in Samar, only Governor Michael Tan endorsed the presidential bid of Marcos.

The governor promised a winning margin of at least 100,000 for Marcos.