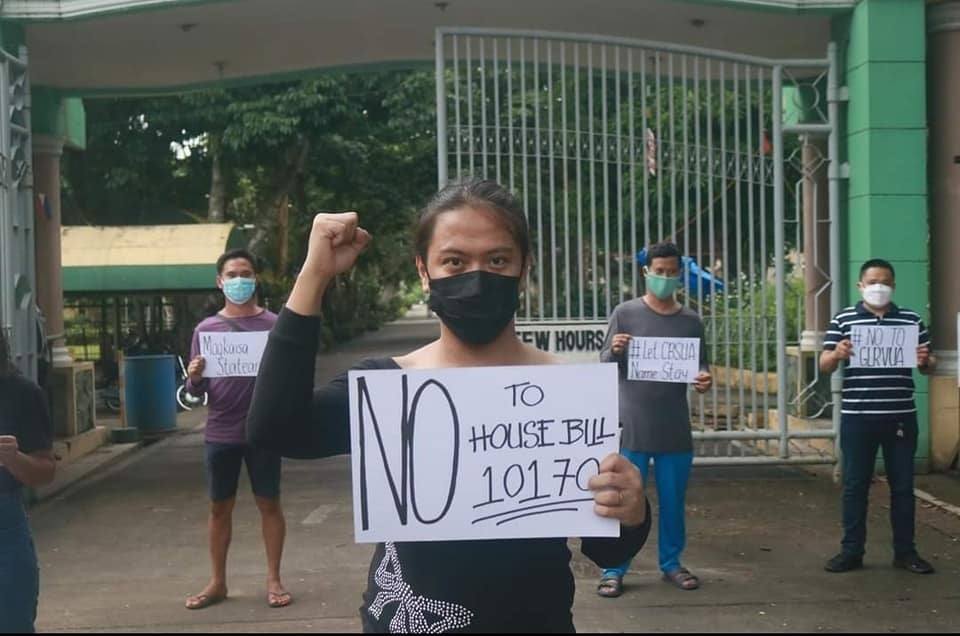 A son wanting to rename the Central Bicol State University of Agriculture (CBSUA) after his “Daddy” will be discussed by Congressmen in first week of November, 2021.

But, the Bill has sparked strong opposition from the students, academe, and stakeholders.

So far, to date, 18,766 persons had already signed an online petition opposing the University name change.

The number of signatories in the online petition may still go up with targets this week to reach 25,000.

The 2nd reading and final reading in the House of Representatives will be November 8, 2021, according to Congressman Gabby Bordado, (3rd district, Camarines Sur), who is also opposing the Bill.

But, this is not a reason to change the name of their school, according to various stakeholders opposing the renaming.

Fast forward, to date, nearly 18,766 individuals have signed the petition opposing the renaming of CBSUA.