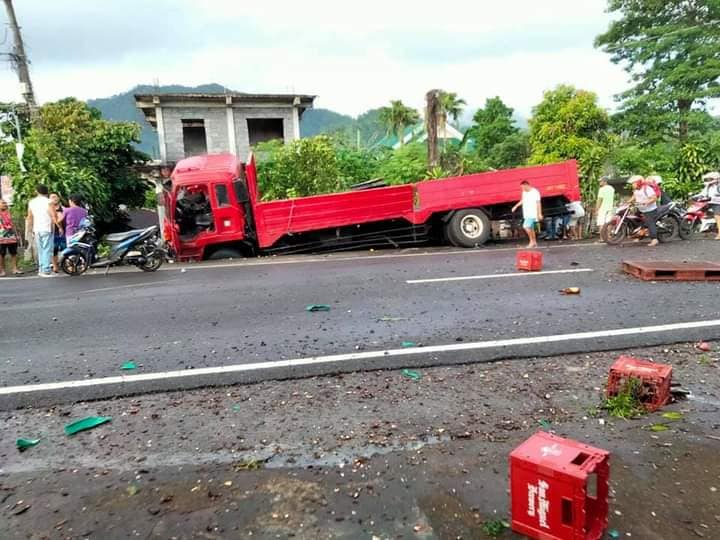 Two persons died after being hit by a truck loaded with beer in San Francisco, Malilipot, Albay Province, around 7:00 am, this Saturday, August 28.

Taking advantage over the accident, some locals spirited away bottles of beer from the spilled cases.

According to eyewitnesses, the truck lost its brakes in Bongga, Bacacay, Albay and when it reached San Francisco, it crashed into a gravel and sand office.

One of the victims was just a by-stander outside the office, while the other victim was a motorcycle driver.

The two victims are not yet identified as of press time.

The truck was on its way to a warehouse in Tabaco City when the accident happened.

The driver of the truck was identified as Armando Azupardo of Brgy. Cruzada, Legazpi City.