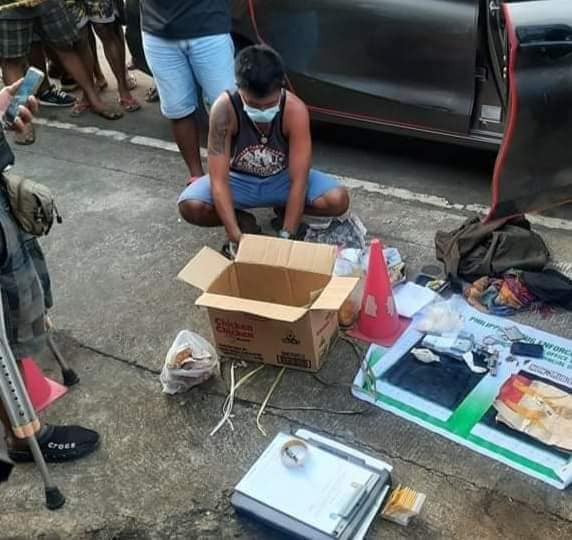 Using his cover as “car-for-rent” driver, a big time pusher was finally arrested in a buy-bust operation by police in Castilla town, Sorsogon on Friday, August 27, 2021.

According to police, the 35 -year -old suspect, widower and a driver was nabbed by operatives while transacting with a police poseur buyer.

6 sachets containing suspected illegal drug shabu were recovered from the suspect in the buy-bust worth more than 3.7 million pesos.

Also recovered from the suspect, was a coin purse containing ten (10) pieces of ammunition for caliber .22 and a magnum caliber .22 revolver.

He will face criminal charges in violation of RA 9165 or the Dangerous Drugs Act of 2002 and RA 10591, or the Comprehensive Firearms and Ammunition Act.

Already placed under surveillance and monitoring by authorities, the suspect is known as one of the major suppliers of shabu in the Provinces of Albay and Sorsogon.

He allegedly takes illegal drugs from Metro Manila and pretends to be a car- for- rent driver who takes passengers from Bicol to Manila, and vice versa to cover-up his illegal activities.

The suspect is now in the custody of Gubat Municipal Police Station.