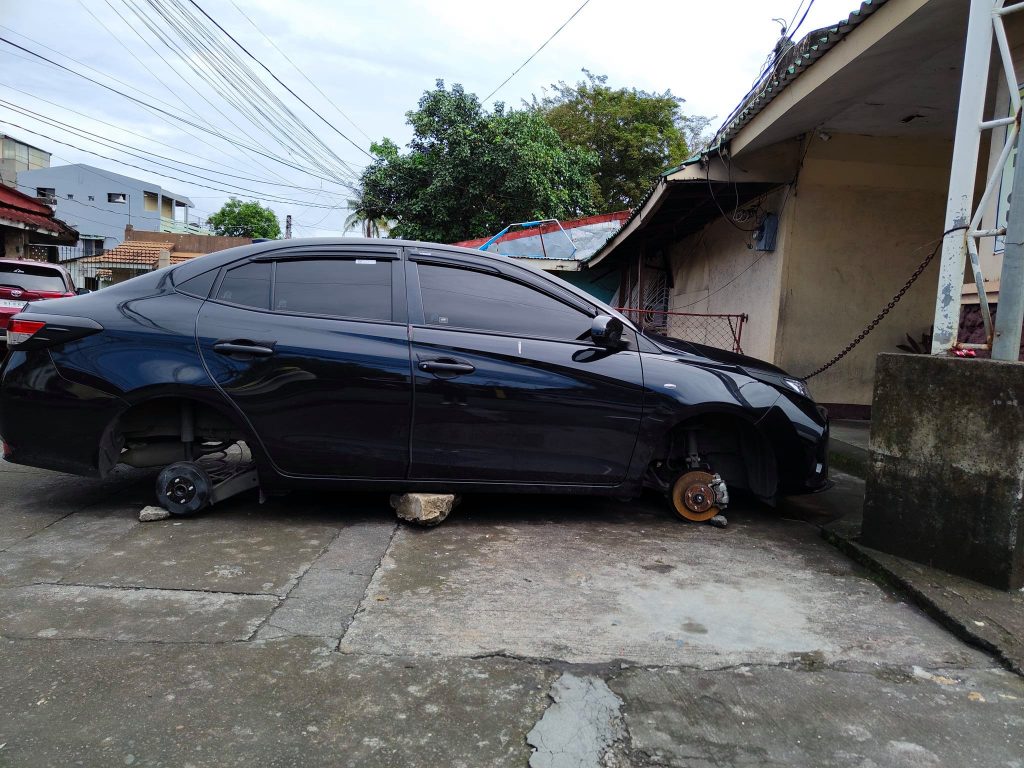 Tire thieves struck again in Legazpi City on Tuesday night, stealing all 4 tires from a parked car, to be discovered by the owner the following morning.

The latest victim is a media man who parked his car at the opposite side of his house at Barangay Bonot.

Following morning, he discovered the 4 tires missing from his car.

Police said the latest theft was the third incident reported in Legazpi City.

Investigators are looking for witnesses, and collecting CCTV materials that might lead to the identification of the suspects.