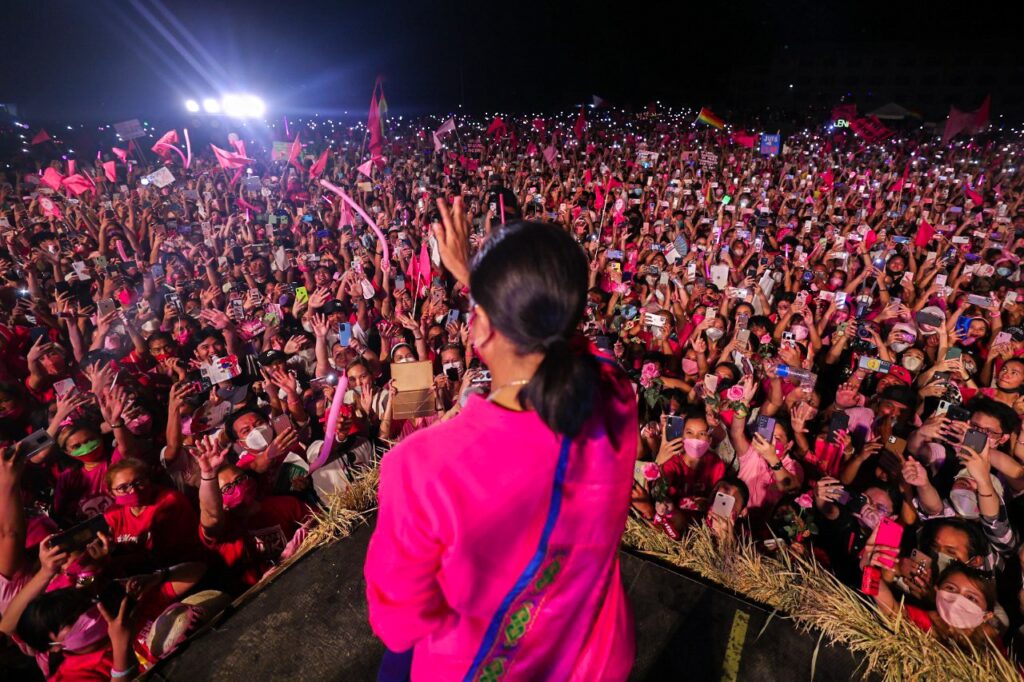 Former Education Secretary Armin Luistro said the vice president’s promise will soon be expressed in pesos, “right on the maiden budget of her administration.”

More than 90 former officials of DepEd, among them six (6) former education secretaries, have expressed support for Robredo, saying that she has “solid experience and a grounded understanding of the education sector.”

In a joint statement, the group said Robredo and her running mate, Sen. Francis “Kiko” Pangilinan, had presented concrete plans to address the needs of the teachers and bring “honest and effective governance” to the state’s largest bureaucracy.

Lawyer Alex Lacson, who is running for senator, said a priority of the Robredo administration “is to ensure that victims of the pandemic, who suffered from the hardship of remote learning, will not end up as the ‘Lost Generation.’”

Lacson said that under a Robredo administration, “education will witness a great restart,” that is, “stepped-up spending for more and better teachers and smart and safe schools.”

During the presidential debate on Saturday, Robredo said she would raise it to six (6%) percent of the GDP following the standard set by the United Nations.

She said the additional budget will be used to increase teachers’ pay and training, fix the learning–employment disconnect, put more focus on science, technology, engineering, and mathematics, or STEM learning, and establish more regional centers of excellence, among others.