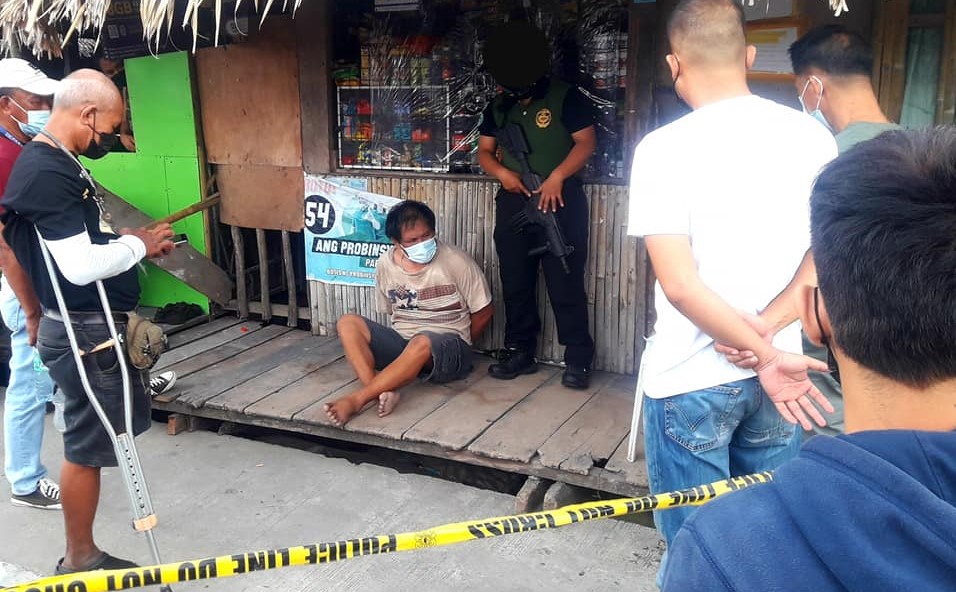 Already jailed for illegal drugs, this person was nabbed again by police in a new buybust operation in Matnog, Sorsogon on 6pm, Wednesday night, August 4.

Arrested drug suspect Clarence Giray was already jailed before for violations of R.A. 9165, or Anti-dangerous drug act of 2002.

Giray is a resident of Barangay Caloocan.

Meanwhile, the suspect’s family denied Giray having owned the evidence of suspected drugs seized from him.

As of press time, police have not yet disclosed the quantity of the illegal drugs seized from him.