The Philippine Post Office (PHLPost) will issue new postage stamps on December 30, 2021 to commemorate the 125th Anniversary of the Martyrdom of Dr. Jose P. Rizal with this year’s theme, Rizal: Para sa Agham, Katotohanan at Buhay.

Jose Rizal, the national hero of the Philippines and pride of the Malayan race, was born on June 19, 1861, in the town of Calamba, Laguna. Rizal was an extremely gifted student and has won literary competitions from a young age.

Rizal was a multifaceted intellectual best known for his two famous novels, the Noli Me Tángere and El Filibusterismo, that inspired the Philippine revolution.

The (Block of four) Postage Stamps depicts the lives, works and heroism of our National Hero.

The stamps feature Rizal’s inherent love and compassion for the Filipino people and the country. He is also admired for possessing intellectual brilliance being a doctor, scientist and linguist.

Through his writings, he awakened Filipinos sense of nationalism, while his death sparked a revolution to overthrow colonial repression.

“Filipino talents and ingenuity should be recognized around the world. Rizal’s sheer determination to achieve his goals to succeed should serve as an inspiration to Filipinos especially the youth. Therefore, we should emulate the traits and ideas of our national hero”, Postmaster General Norman Fulgencio said.

He added, “the post office is now recognizing the talent and industry of the Filipinos here and abroad in pursuit of excellence and distinction in their work or profession by issuing stamps to honor artists, sports personalities, musicians and scientists as well as other national and international figures, both living and posthumously”.

“It would be nice to showcase all the Filipinos who have greatly contributed to the joy, inspiration and pride of the nation”, he said.

PHLPost has printed 40,000 copies of the stamp sold for 12 pesos each, was layout and designed by in-house graphic artists Israel A. Viyo and Eunice Dabu respectively. 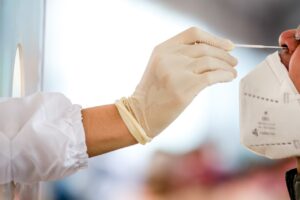 Covid-19 cases in the Philippines hit the highest level; 10,775 recorded