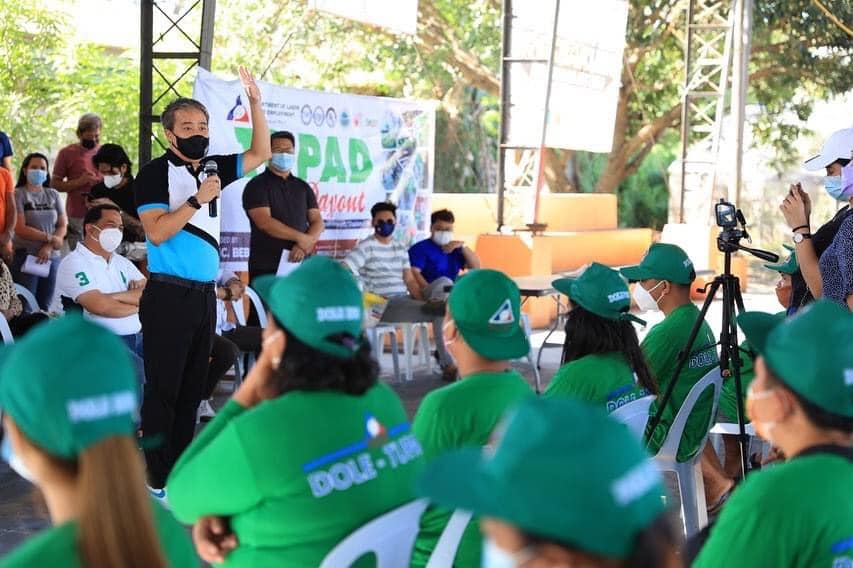 Senator Joel Villanueva welcomed the signing of Republic Act No. 11641 creating the Department of Migrant Workers.

The migrant workers law seeks to improve the services given to millions of overseas Filipino workers by consolidating all government offices and agencies scattered across the bureaucracy under one roof.

“Today, December 30, the day we honor one of the great Filipinos who lived is made much more significant with the signing of Republic Act No. 11641 which establishes the Department of Migrant Workers,” said Senator Villanueva.

The Senate Bill was adopted by the House of Representatives just before Congress adjourned in mid-December.

That paved the way for the speedy signing of the bill, a long-awaited measure by overseas Filipino workers.

“Today, we make good of our promise for our OFWs to be treated better, with dignity befitting heroes who have kept the country’s economy afloat and their families who stay behind and bear the sacrifice of being apart with their parents and relatives,” he said.

Villanueva, chair of the Senate labor committee tasked to shephered the bill in the Upper Chamber, acknowledged the long-drawn struggles of OFWs as groups and representatives participated in the series of consultation meetings, committee hearings, technical working group sessions that were done in the process of crafting the measure.

Villanueva expressed gratitude to his colleagues in both houses of Congress for working together in organizing a single government agency that will cater to the needs of OFWs.

The lawmaker said that having the law is one step forward in fulfilling the promise of improving government services to OFWs.

“Now that the law has been signed, we must continue to press on to ensure the spirit of the law—to provide all the services needed by our OFWs under one roof—is fulfilled down to the last letter. It must be as good as it is advertised,” Villanueva said.

“More importantly, the DMW shall also continue to work with other agencies of government to ensure that jobs are created locally, and that migration for work will always be an individual’s choice and not a necessity.”