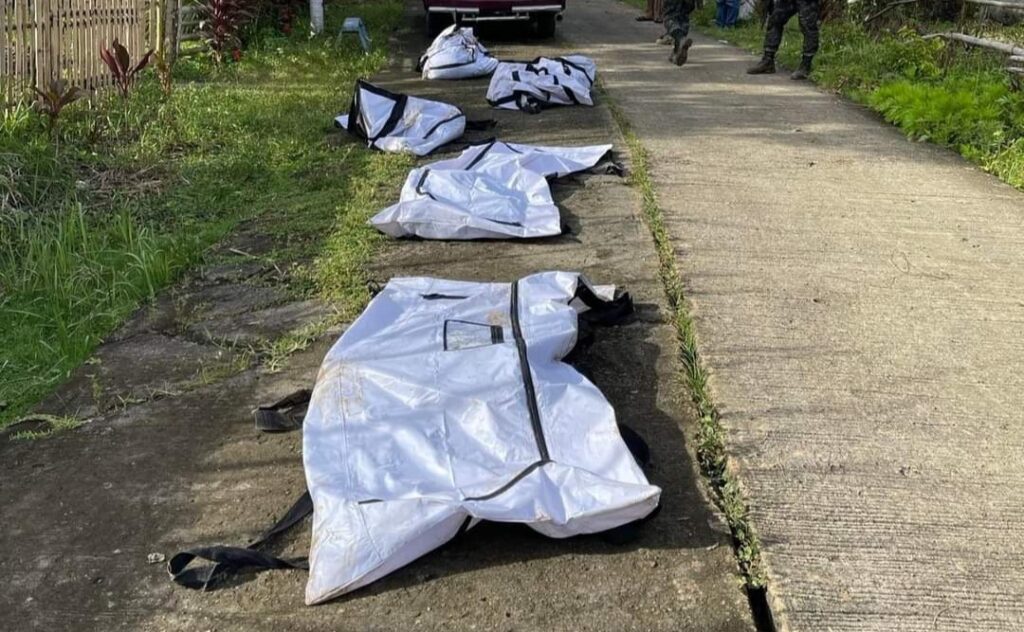 Two contractors in Albay Province reported missing since June 2021 were found chopped into pieces, the National Bureau of Investigation said on Thursday, as its forensic team was digging more chop-chop bodies in what appeared to be mass grave sites in the hinterlands of Libon, Albay.

The NBI said more bodies, about 30 of them, could be dug up, all victims of the alleged notorious Gilbert Concepcion Criminal Group, a criminal syndicate led by a former military man.

The chopped remnants of the 2 brothers were dug out in a shallow grave in an area of Barangay Molosbolos in Libon.

They were last seen on June 12, 2021 and reported missing later by their family.

Meanwhile, aside from the two victims, three more bodies will be dug out by the NBI in the said village.

The NBI said the Concepcion criminal group tortured first the victims, before killing them.

Authorities had linked the Concepcion gang into several high-end killings:

According to the NBI, the Concepcion group was behind several incidents of abduction, killing, and extortion in Quezon, Bicol, and Cavite.