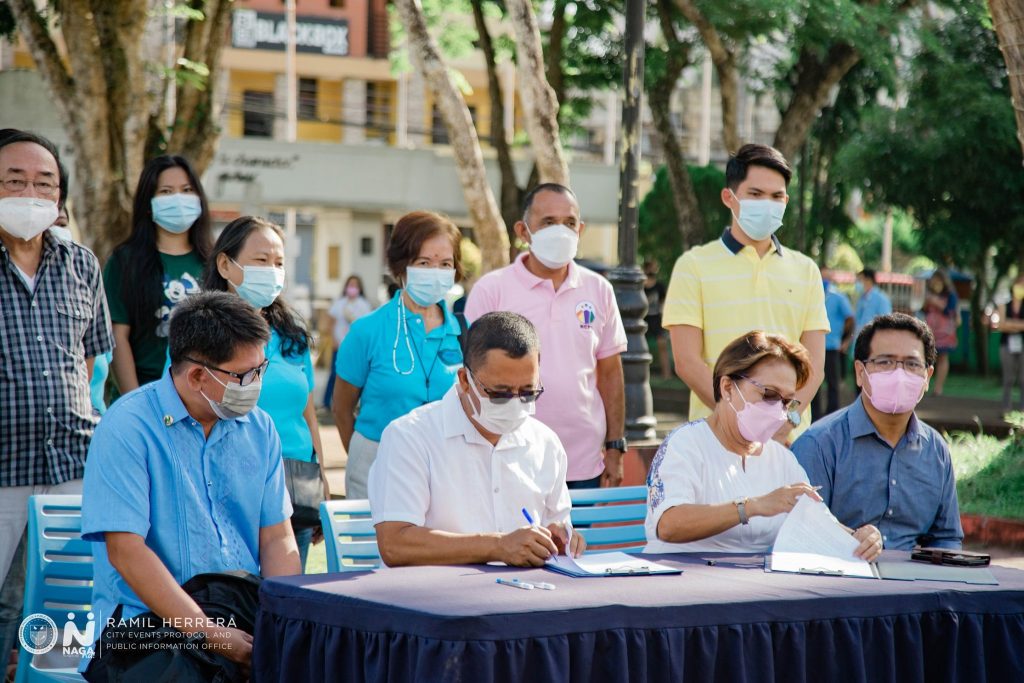 “The will of the People, shall always reign supreme.”

Naga City Mayor Son Legacion in Camarines Sur sign during the Flag Raising Ceremony at City Hall, Tuesday, November 16, 2021, Ordinance No. 2021-088 or the “Revised Barangay People Empowerment Ordinance”, which also strengthens the people’s participation in every barangay in the city.

The ordinance includes the institutionalization of the Barangay People Council (BPC) in each barangay, to be composed of Non-Government Organizations (NGOs) and People’s Organizations (POs) that will serve as the representative to meet the needs and other issues in their communities.

The ordinance will be passed by the Naga City Council, and will be hosted by City Councilor Elmer S. Baldemoro, and city councilors Oying Rosales, Doc Jess Albeus, Dodit Beltran and Kylie Tripulca.

Present during the activity are BPC Federation President Allan Matos, along with Gladys Belmin who is the Naga City People’s Council (NCPC) Program Director, and NCPC Chairman David A. Abogado, Jr.