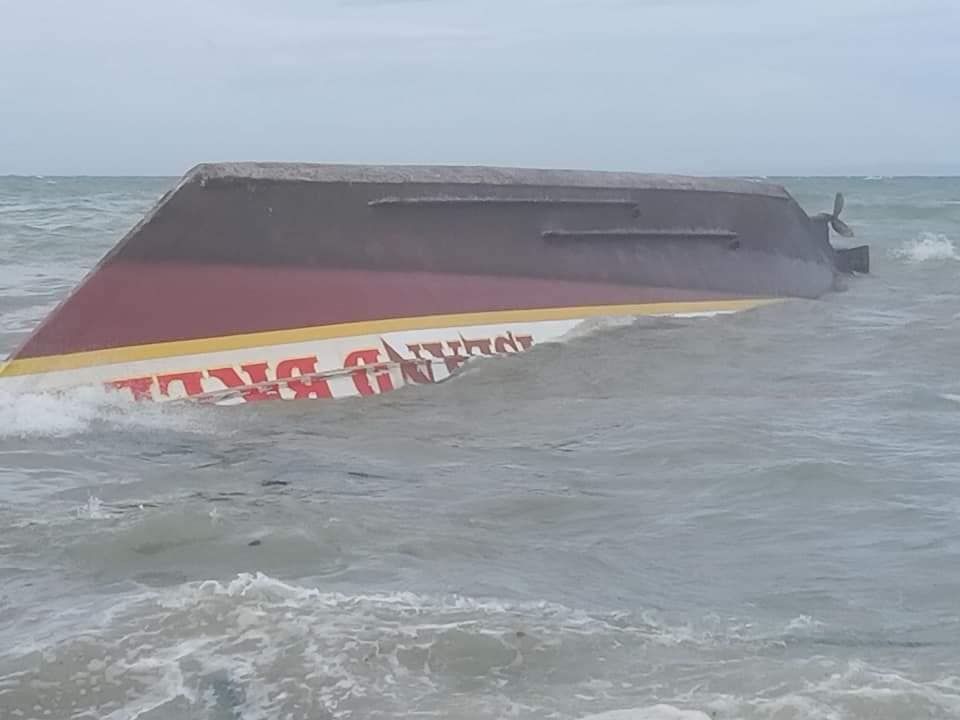 Thirteen (13) crew men of a motorized banca escaped from drowning when the sea vessel capsized off the Pio Duran port in Albay Province.

The 13 crewmen were rescued immediately by rescue teams owing to its proximity to Pio Duran port, about 600 meters distant.

According to report from Pio Duran MDRRMO, the motorized banca just left, at 8 am Saturday morning, from the port bound for Claveria, Masbate, when few minutes later at sea, a big wave turned the boat upside down.

According to Pio Duran authorities, the boat’s outriggers got broken, causing it to roll over.

No passengers were on board, except the crewmen who were manning the cargo.

According to Pio Duran MDRRMO Head Noel Ordoña, the big waves that rolled the boat over were caused by “habagat” winds.

Hours before the boat accident, the sea was tranquil that boats from Masbate had arrived safely that early morning.

Being a cargo boat, only few items were recovered such as oil in containers, goods for sale, and others.