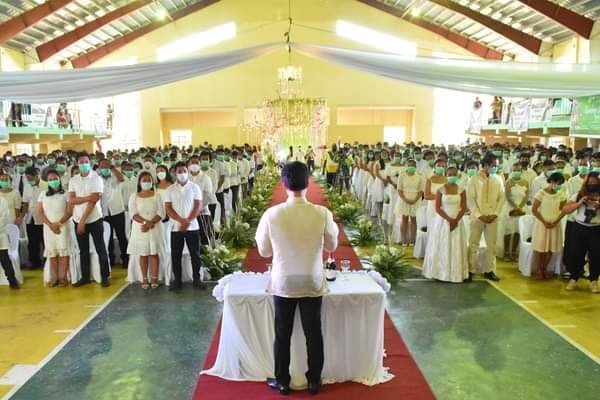 Mayor “DocMac” wished for the 147 newlywed couples more prosperity, happiness, and good health, and gave them gifts of rice.

Mayor “Doc Mac” is also a medical doctor. During the pandemic lockdown in 2020, he assisted in blood testing to help the municipal doctor and health workers.

His presence in the frontline had caught the attention of national television, his story gave inspiration to frontliners and town executives nationwide.

San Jose’s Free Kasalang Bayan is a yearly program launched by DocMac’s father, then Mayor “ABC” Antonio B. Chavez  who was mayor of the town for 3 terms (9 years).

At present, ex – Mayor  “ABC” Chavez is running for Representative of 4th District of Camarines Sur.