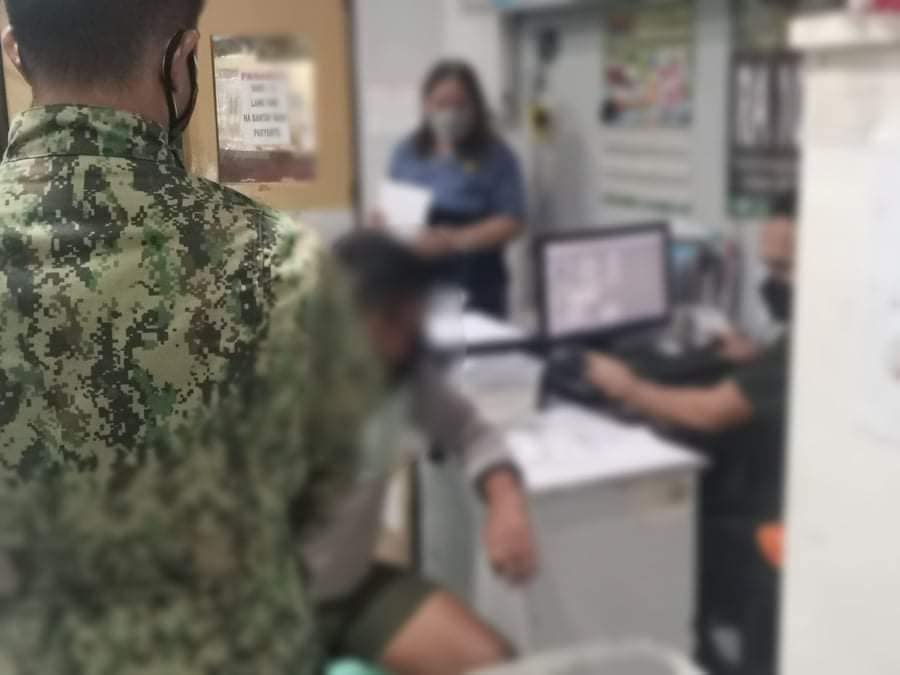 A Philippine Marines soldier, suspected of shooting and wounding a 42 -year -old man in Barangay Ogbong of Viga, Saturday night, December 18, is now in the custody of Catanduanes police.

According to Catanduanes Police Provincial Office, the shooting took place when the victim and his female partner, the suspect’s sister, had an argument.

The suspect allegedly heard the two arguing, so he intervened and tried to stop them.

The victim got angry with the suspect and tried to stab him, but the suspect evaded the knife.

Upon another attempt by the victim, the suspect was allegedly forced to pull out his issued firearm and shot the victim.

The victim was wounded at the upper waist and was brought to the hospital.