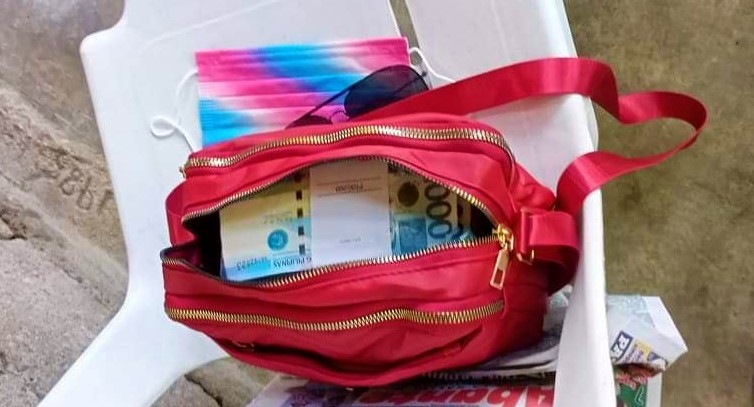 A 45-year old maid stole money and jewelry worth 2.5 million pesos from her employer in Daet, Camarines Norte, and was arrested for theft by police in Tigaon, Camarines Sur, 48 hours after.

The maid stole the items from her employers’ house on Saturday, December 18, 2021, at around 5 pm in Purok 5, Barangay Lag-on, Daet, Camarines Norte.

48 hours after, a distance of 150 kilometers south of Daet, policemen on the hunt arrested her at a relative’s house in Barangay Hingaroy, Tigaon, Camarines Sur on Saturday afternoon, December 20, 2021.

“After the incident we immediately conducted a background investigation, and we found out that the suspect maid’s husband was detained at Tinangis Penal Farm in Camarines Sur, so we went to the husband’s quarters. We found out the location of the suspect from him. We waited for the suspect’s messenger who will bring in food and money for the jailed husband”, the police officer said

“So we waited in jail for the one who would bring in food and money, that is our guide to track down the suspect,” said PLTCOL Chito Oyardo, chief of Daet Municipal Police Station .

Police recovered from the maid the stolen money worth 1.2 million pesos and jewelry worth half a million pesos.

According to police, CCTV footage captured the suspect’s act of theft right inside the room of her boss who is a businessman.

The theft took place when the victim left the house with the whole family.

The suspect has been a maid of the family for almost a year.

“The suspect was alone in the house at that time, so she had the opportunity to commit the theft. The room was also not locked, which the suspect entered immediately,” added PLTCOL Oyardo.

The suspect was already charged with qualified theft in the same modus last year.

“Her first case in Manila, this is also her modus operandi, she will apply as a housemaid, and then she will steal later,” said PLTCOL Oyardo.

The suspect will face another case of qualified theft.