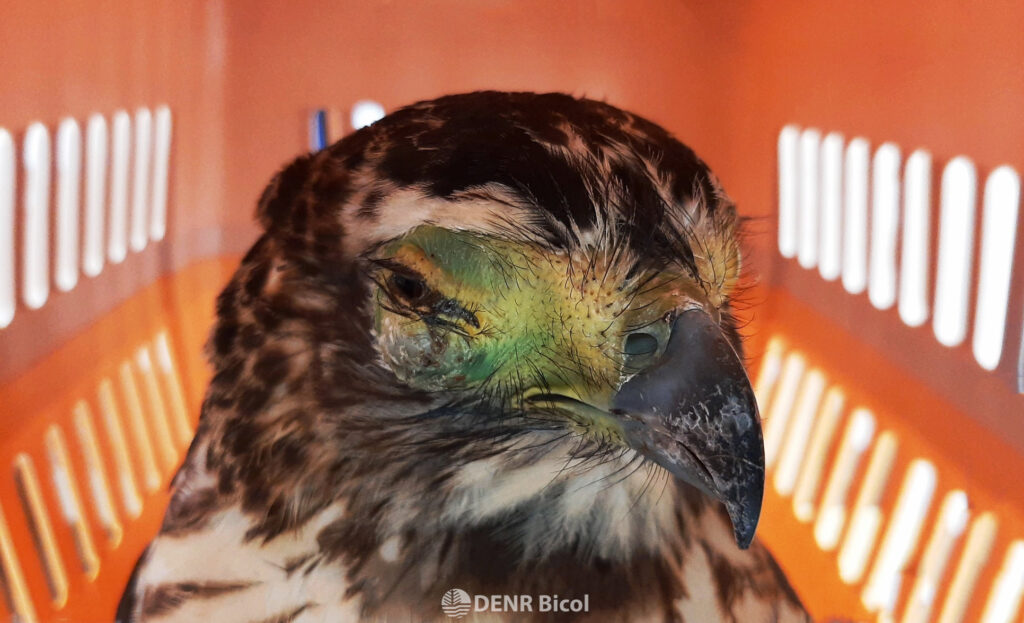 Upon inspection by the PENRO Sorsogon Technical Staff, the raptor has a swollen right eye, which was probably caused by a sling shot.

It was then immediately brought to the Provincial Veterinary Office of Sorsogon for check up and treatment.

The wildlife was then brought to the Irosin Temporary Wildlife Rescue Center (ITWRC) at Barangay Patag, Irosin, Sorsogon for rehabilitation before it can be released to its natural habitat.

Department of Environment and Natural Resources (DENR) V OIC, Regional Executive Director (RED) Atty. Antonio A. Abawag urges the public to report and turn over any wildlife species for proper handling and care.

“Although the Philippine Serpent Eagle is listed as least concern by the International Union for Conservation of Nature (IUCN), we still have to protect and conserve these species and prevent it from becoming endangered as provided under the Wildlife Resources Conservation and Protection Act.” OIC, RED Abawag said.

The DENR V is continuously appealing to the public to report incidents and turn over any wildlife to proper authorities for proper handling and release to its natural habitat.

Continuous information, education and communication (IEC) campaigns are being conducted by the DENR, which have caused increasing numbers of public turn overs to the office. (With report from PENRO Sorsogon)