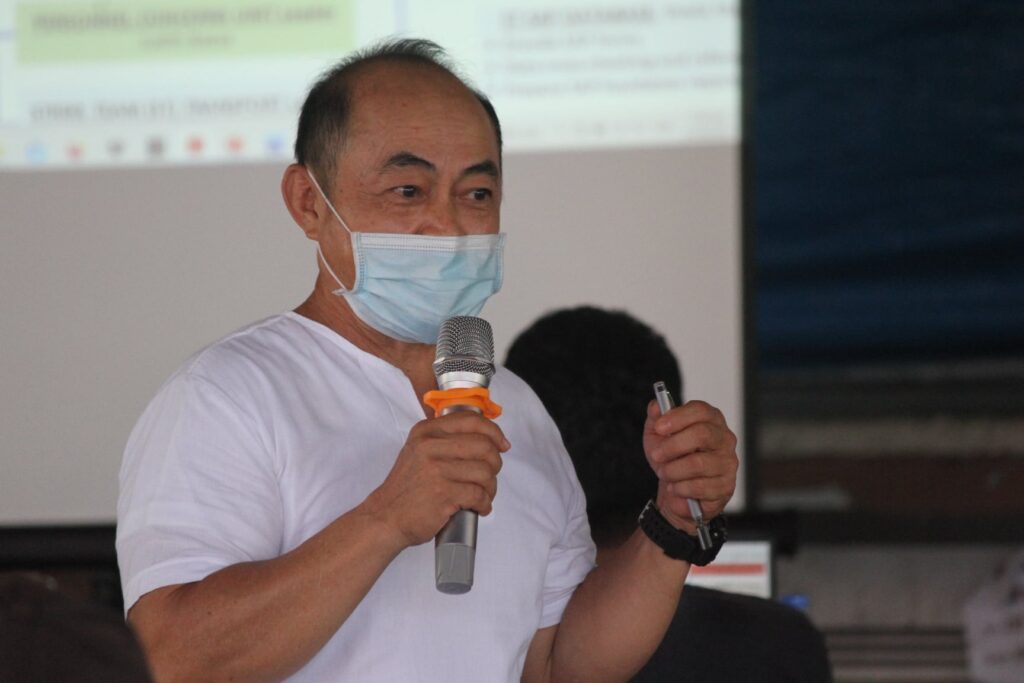 A national news network erroneously depicted him as the one who started the uproar inside the Irosin gym, Atutubo said.

Atutubo committed a faux pas during the information caravan Friday inside the Irosin gym.

His faux pas set off a series of events inside the gym.

Summing it up, it was a bad Friday for him.

And, the news network also reported that he hit first municipal administrator Lorenzo Ubalde on the face, which he denied.

“Ubalde hit me first, but I evaded it,” Atutubo said.

“There are a number of things I want to clear out. One of which is the wrongful accusation of Kagawad Jesus Borlagdan, that as we were debating, I had “thrown” water at Kagawad Salome Navales. This is not true,” Atutubo said during the press conference Monday afternoon.

According to him, it was accidental when he spilled water from the bottle.

“When I scrolled with my right hand the cellphone trying to show the lady councilor the video, which was then holding bottled water at that time, it accidentally spilled water at her lap, for which I immediately said sorry as I tried to wipe the spilled water,” said Atutubo.

It was clumsiness on his part.

He said that Ubalde hit him first which he eluded, after given a hard tap by Ubalde on the shoulder.

“I immediately left the front area and headed to the exit, but I was met by the Municipal Administrator Enzo Ubalde shouting “Kadianes, karaot san ugale mo!” with blaring eyes, and a hard tap on my shoulder which was then followed by a punch that caused me to step back,” he continued.

“As a defense reaction, I had to threw in a punch that landed below his eye, that also caused him (Ubalde) to step back,” he narrated.

These incidents were all caught by the videos, showing the commotion between Atutubo and Ubalde. I Bicol Express News