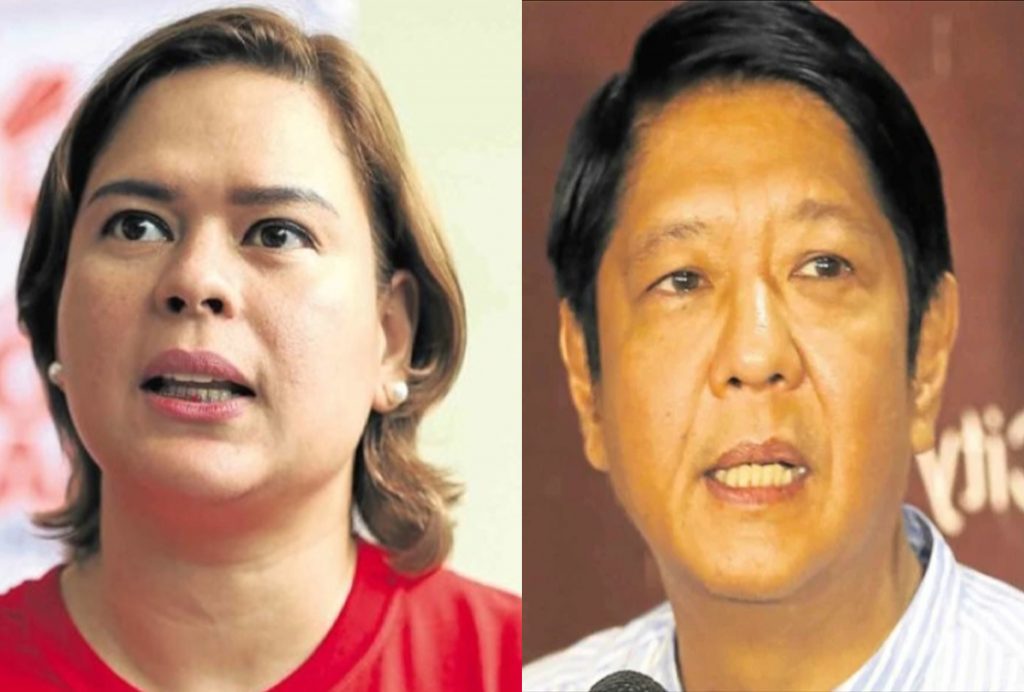 Reliable source says Sara Duterte will run for president, while (Bongbong) Ferdinand Marcos Jr will lower down to vice president.

This latest development went the rounds in social media on late night of Wednesday.

Advised by President Duterte, Marcos Jr has no choice but to play second to Sara amid move to instruct COMELEC to disqualify him as candidate.

There are reports that Duterte groups are secretly fanning the disqualification issue of Marcos Jr to pave the way for Sara.

Other day, Sara withdrew her candidacy for Mayor in Davao City, a move seen that she is running for a national post through substitution which is allowed by COMELEC until November 15.