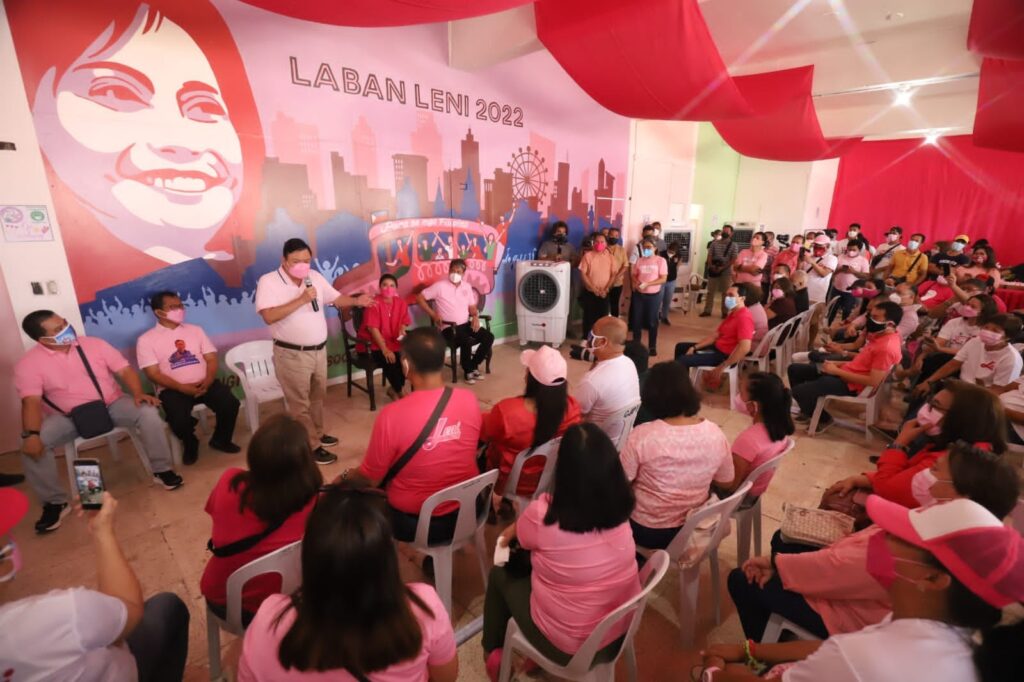 Iloilo City Mayor Jerry Treñas on Friday said Leni Robredo will get more votes in Iloilo than from her hometown in Bicol Region.

Robredo and running mate Kiko Pangilinan were in Iloilo on Friday, who were welcomed by countless supporters and volunteers.

The ambience in Leni-Kiko visit was festive and overwhelming that had deeply touched Mayor Treñas .

“I have never in my political career since 1986 such energy, such love, and such volunteerism as I have seen today. I am overwhelmed by the love and welcome by the Ilonggos for VP Leni,” wrote Mayor Treñas in his FB page.

He said people are jumping, dancing, and crying with joy.

Provincial and City leaders of Iloilo gathered together with the arrival of aspiring president, Leni Robredo and vice president, Kiko Pangilinan.

Former Governor Arthur Defensor Sr., Atty. Chel Diokno, and the board members of Iloilo Province, and the Angat Buhay, VP Leni project for the poor, beneficiaries were also present to express their support.

VP Leni extended a total of 110 projects for the province and city.

Despite the limited budget, it was never a hindrance for her to extend aid to the poor.

Aside from 180 barangay captains, Iloilo’s Team Uswag, and City Officials joined the assembly.

“The festive beat of drums, people dancing, waving pink ribbons and banners on the streets, are proofs that the Ilonggos unite for a better, good, and honest leader for a better society,” said a Leni supporter.

“Even before Leni became a politician, she has ever since loved the metropolis. Her husband and I had been working together as Mayors in our respective cities,” Mayor Treñas wrote in his FB post.

The famous Baysulangpu Artist Society also turned over their masterpiece to our leaders as they share their unwavering support.