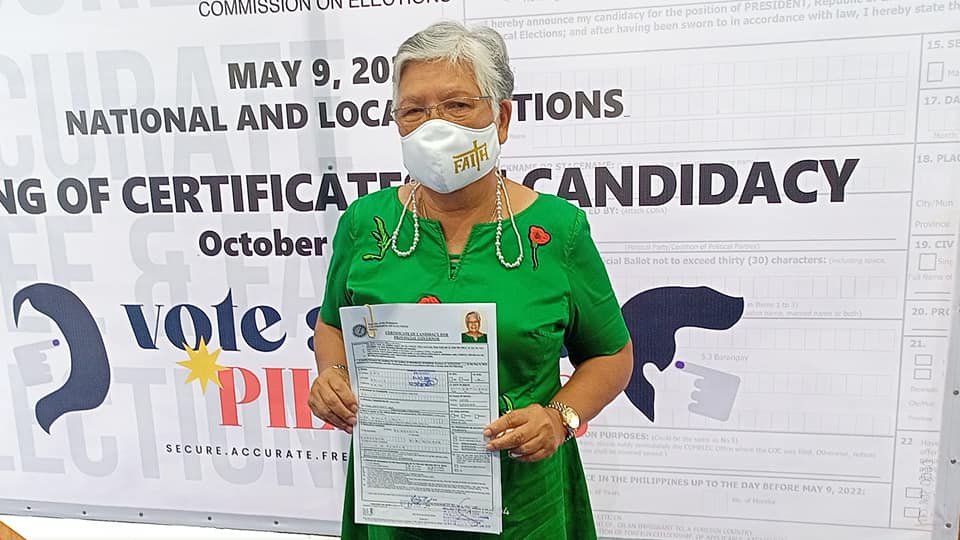 In a bid to take back the control of the province of Sorsogon, the political clan of Raul Lee fielded his wife Sally to contest the bid of Casiguran Mayor Edwin Hamor who filed his COC, Oct. 1 as governor.

The top provincial post is vacant for incumbent Escudero filed his COC as a senator.

Sally Ante Lee is a two-term mayor of Sorsogon City and upended the incumbent for another term and served the province a single term as governor while Hamor took the top executive post of Casiguran for three terms and currently serving a fresh mandate as the mayor.

She was escorted by former Sorsogon vice-governor Renato Laurenaria and the rest of her team after attending a mass of the Holy Spirit before noon today., October 4.

Hamor as expected did not seek re-election instead aimed at the governorship with a long preparation for his candidacy and is backed by Team ERHAP.

Sally Lee said that social service was her priority during her stint as city mayor and governor. She believes that “a need to empower the people, helping them to be independent and not a mendicant to politicians.” A jab to Hamor for its penchant to be open on most occasions.

Sources said that provincial board member slots are under negotiations with the person of track record in public service.

But Lee is saddled by the appeal of her husband former governor Raul conviction by the Sandiganbayan for graft offshoot of the fertilizer scandal.