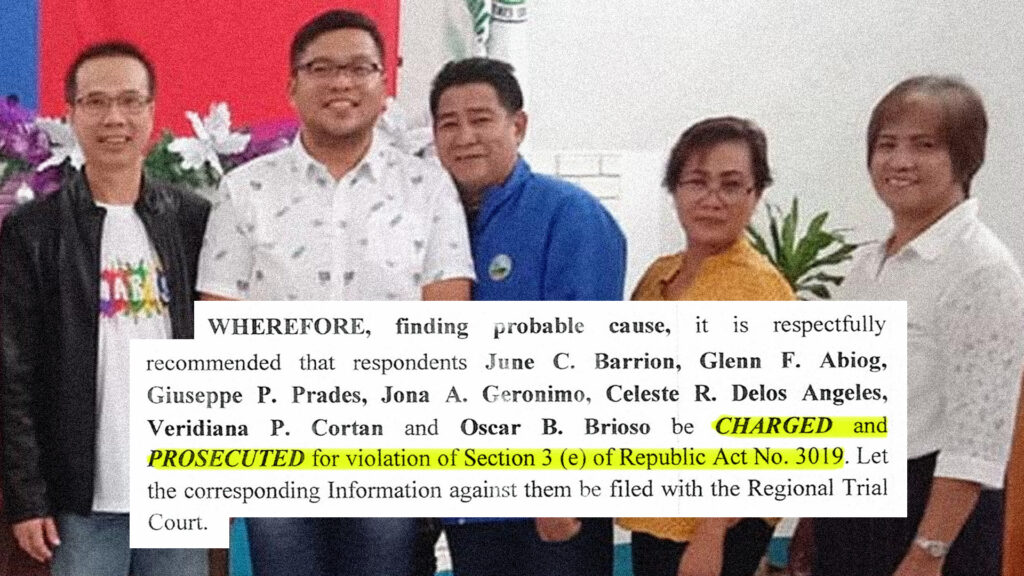 Less than a month since the implementation of the Office of the Ombudsman’s guilty verdict for Grave Misconduct and Grave Abuse of Authority/Oppression, the dismissed members of the Sangguniang Bayan of Tinambac, Camarines Sur, now face another hurdle: a criminal case.

In another decision, the Office of the Ombudsman ordered the filing of criminal charges against the Sangguniang Bayan members.

“Wherefore, finding probable cause, it is respectfully recommended that respondents June C. Barrion, Glenn F. Abiog, Giuseppe P. Prades, Jona A. Geronimo, Celeste R. Delos Angeles, Veridiana P. Cortan, and Oscar B. Brioso be CHARGED and PROSECUTED for violation of Section 3 (e) of Republic Act No. 3019. Let the corresponding Information against them be filed with the Regional Trial Court,” said the decision signed and approved by Ombudsman Samuel R. Martires.

RA 3019 is popularly known as the Anti-Graft and Corrupt Practices Act. Section 9 states that the Penalties for violations of Section 3 of which the respondents are charged with are the following:

(b) perpetual disqualification from public office

(c) and confiscation or forfeiture in favor of the Government of any prohibited interest and unexplained wealth manifestly out of proportion to his salary and other lawful income. 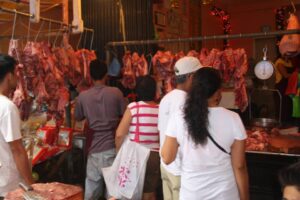 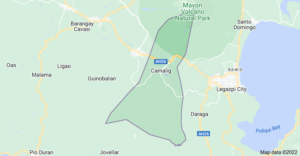