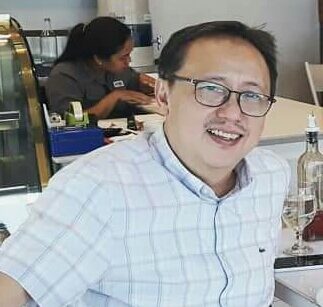 Naga City Government in Camarines Sur suffered another setback again after it’s Motion for Partial Reconsideration filed before the Court was dismissed for lack of merit.

On June 9, 2021, Judge Pablo Cabillan Formaran III of Branch 21 dismissed for lack of merit the Motion for Partial Reconsideration filed by the Naga City Government.

This is the second time Naga City Government lost in the civil case filed by concerned citizens on some questionable provisions of its contact tracing ordinance, known as eSalvar, as being unconstitutional.

These citizens filed a civil case last year against the Naga City Government, as respondent, to scrap the ordinance.

The petition is for Certiorari and Prohibition under Rule 65 under the Rules of Court with Prayer for Temporary Restraining Order and/or Preliminary Injunction.

Cited as Respondent is the Local Government of Naga City, represented by Mayor Nelson S. Legacion and Vice Mayor Cecilia B. Veluz-De Jesus.

Judge Formaran III, on April 8, 2021, ruled that the City Ordinance, eSALVAR, on contact tracing that will check on Covid-19 spread, that some of its provisions are “unconstitutional”, and “null and void”.

Judge Formaran III acted on the petition filed by several city residents, questioning the legality of the city “eSalvar Ordinance”, insisting that some provisions as “unconstitutional”, and infringement of human rights, and intrusion by the State on the privacy of individuals that might lead to the city government “spying” on the citizens.

Petitioners led by former Provincial Prosecutor Agapito Rosales, Edgardo Castro, and others filed the petition, fearing, among other reasons, that the eSalvar Ordinance might be used for spying on citizens; the questionable integrity on the handling of personal data privacy; and, may be subjected for abuse as such malicious handling of individuals’ personal data might lead to blackmail, extortion, and coercion if used by evil persons.

On the April 8 decision, the court ruled the ” No QR Code ID Card, No Entry” policy as being unconstitutional, and declared as “null and void” other regulations springing out from the implementation of the Ordinance.

Recoiling back from its defeat from the April 8, 2021 Court decision, the Naga City Government filed a Motion for Partial Reconsideration before the same Court Branch 21.

On June 9, 2021, the Court, finding Naga City’s arguments without merit, reaffirmed its previous decision and dismissed the City’s motion.