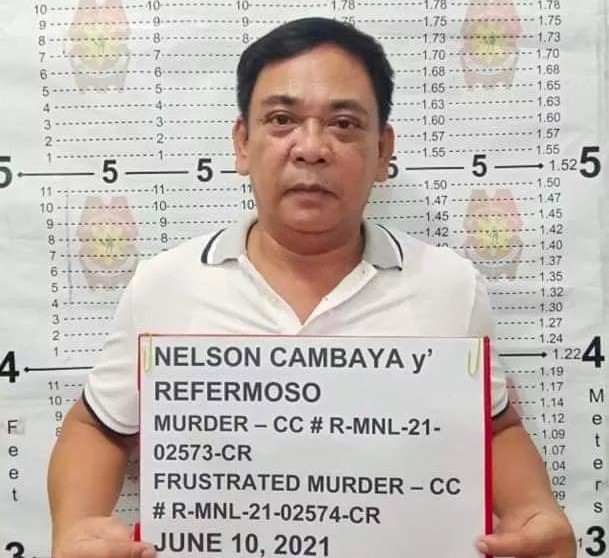 Murder suspect Cambaya, is included with PCSO Board Member Sandra Cam, and 5 others who were charged with murder of former Batuan Vice Mayor Charlie Yuson III.

Cambaya did not resist when arresting policemen showed him the warrant for his arrest.

Rewinding back, on October 9, 2019 Yuson was gunned down in Manila by armed men onboard a gray van.

He was waylaid while eating breakfast at an eatery along Vicente Cruz Street, Sampaloc Maynila.

Two companions of Yuson were injured.