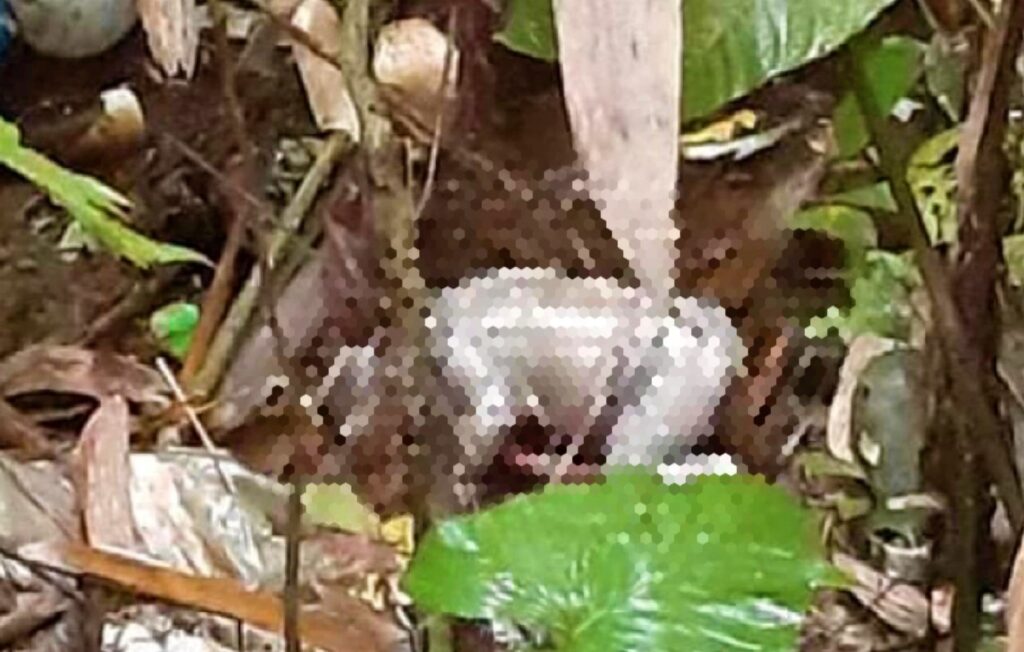 A decomposing corpse of a baby girl was found in Barangay Sta. Elena Poblacion in the town of Sta. Elena, Camarines Norte.

According to police, a 10-year-old child discovered the decomposing corpse of a baby in the bushy part of Purok-2, around 2 pm on Wednesday.

PCOL Julius Guadamor, Provincial Director of the Camarines Norte Police Office, said they have not yet identified the person who dumped the baby’s body at the site.

The police director appealed to those living near the area to help bring justice to the baby’s plight.

“We ask for the cooperation of everyone, especially the residents near the area, to anyone who knows the information to trace the possible mother of the baby who was mercilessly left behind. Only a person without a conscience can do such things, ” Director Guadamor called.

The police also sought the help of Sta. Elena Municipal Health Office, to review its list of pregnant women who had given birth in Barangay Sta. Elena Poblacion and other neighboring barangays.