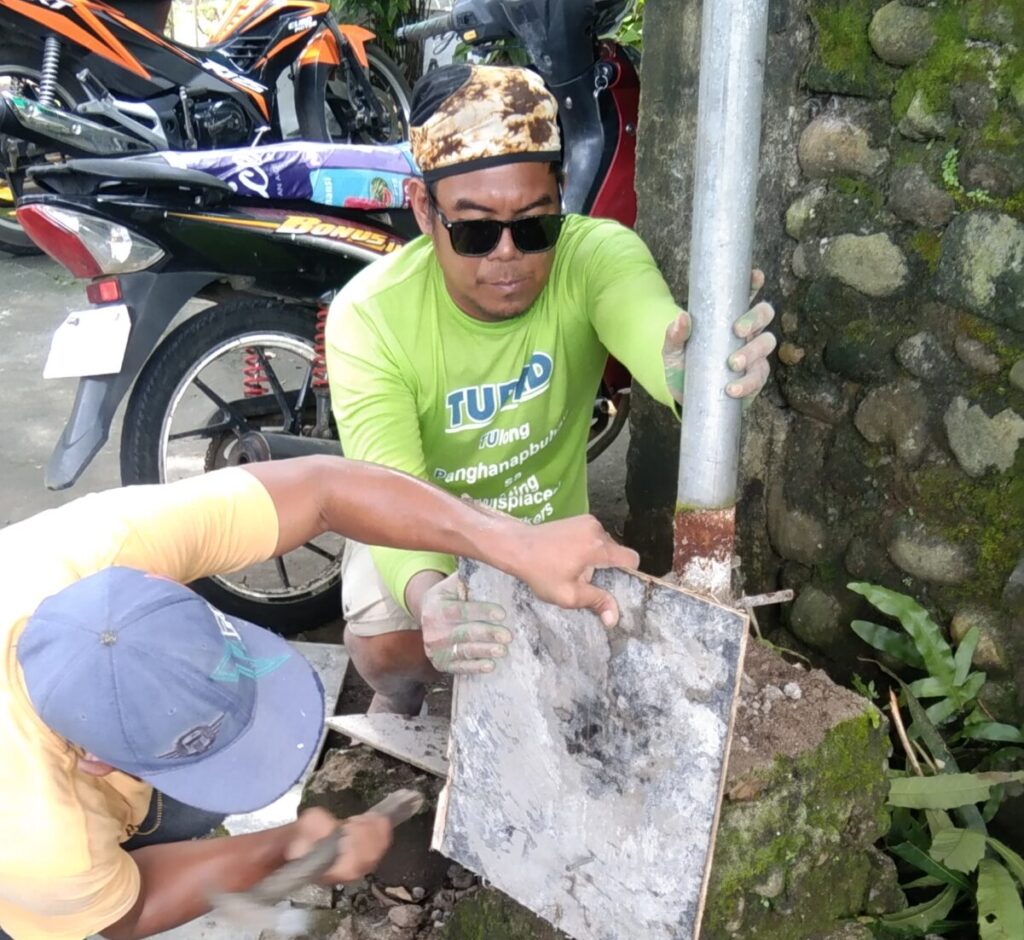 Citizen Gerald Lelis volunteered to pay for the repair of the damaged concrete base of street light post at Del Rosario Street that was neglected by the Barangay Government of Poblacion, Tigaon, Camarines Sur.

The negligence was due to bureaucratic red tape and local politics.

On Wednesday, August 24, (2022), Lelis sent two men to cement the base of the post that posed a risk of falling down.

The damaged light post was reported twice in social media, its video generated more than 2,400 views, but the Barangay Government ignored it.

On August 3, a follow up article was posted at www.bicolexpress.news

On June 23, a video of it was posted in social media: