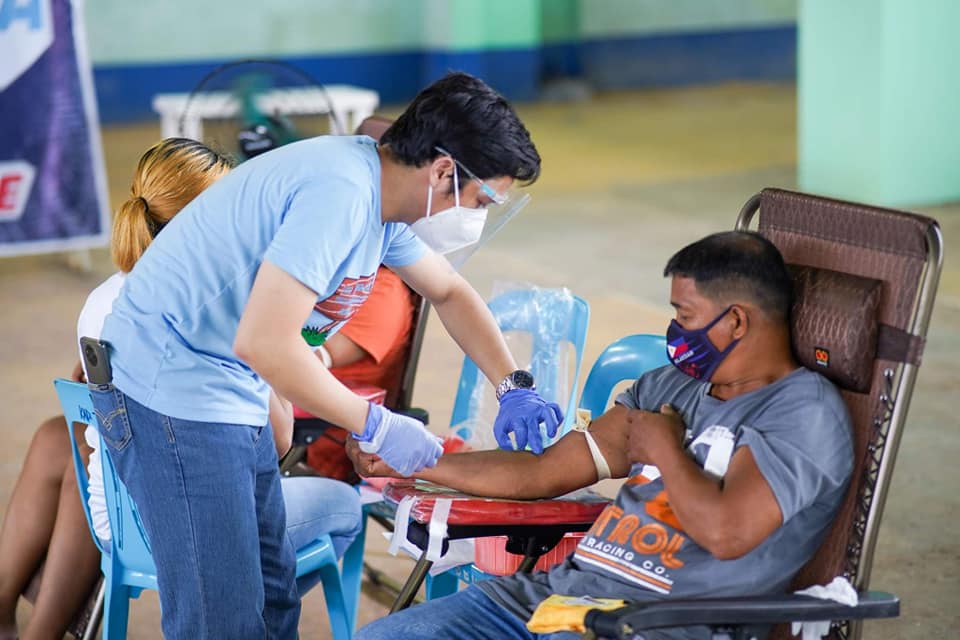 Emergency responders and the health/medical sector in the Bicol Region are urging the Department of Health (DOH) to jumpstart a “blood supply generation program” in the Bicol provinces of Camarines Sur, Camarines Norte, Albay, Sorsogon, Masbate, and Catanduanes.

They also urged the Department of Interior and Local Government (DILG) to enjoin the local government units to participate in the program.

The said program shall address the “blood transfusion needs” of the injured under a “widespread disaster scenario ” happening in the Bicol provinces.

According to risk disaster stakeholders, a sizeable percentage of the Bicol local population live along the coastal areas, subject to risks from tsunamis, storm surges, and earthquakes.

Two volcanos, Mayon in Albay and Bulusan in Sorsogon, have shown signs of instability, a yearly occurrence.

The Bicol provinces are hit by at least 4 super typhoons a year.

This clamor in Bicol social media came up after Nathan Sergio, a Bicolano, wrote President Ferdinand R. Marcos, Jr., suggesting for the launching of a “Blood Supply Generation Program” as indispensable component for the “Metro Manila Earthquake Contingency Plan.”

“Good news. The Palace has acted on my letter to the President. It endorsed my letter to SND-NDRRMC, DOH, MMDA & DOST, for their appropriate action. I am optimistic they will find the idea meritorious,” he said, in his latest Facebook post Thursday morning, August 25, 2022.

The “worst case earthquake scenario” described by experts, for the NCR would be marked by countless destroyed and damaged buildings and infrastructures, and thousands of injured victims and deaths to several thousands more.

The Philippine Institute of Volcanology and Seismology (PHIVOLCS) on several occasions has been quoted about the “Big One” (earthquake) being “ripe to happen anytime now” in the NCR.

Sergio, in his letter that was received by Malacañang before the President’s SONA, suggested the creation of a “Blood Supply Generation Program” as an indispensable component of the Metro Manila Earthquake Contingency Plan.

Sergio’s life-saving idea is an off-shoot of the contingency plan being prepared in response to a worst-case earthquake scenario of magnitude 7.2 hitting Metro-Manila, which is likely to cause deaths to thousands of people and injure tens of thousands more.

“Thus to attain this, I think, we ought to seriously consider blood supply and transfusion in the entire picture of this disaster response in addition to the search-and-rescue efforts already contemplated in the Plan,” Sergio, in his letter, conveyed his idea to the President.

Meanwhile, Bicol health stakeholders said if a Bicolano (Sergio) has a good life-saving idea for Metro-Manila, a similar blood supply generation program must be launched in the Bicol provinces.