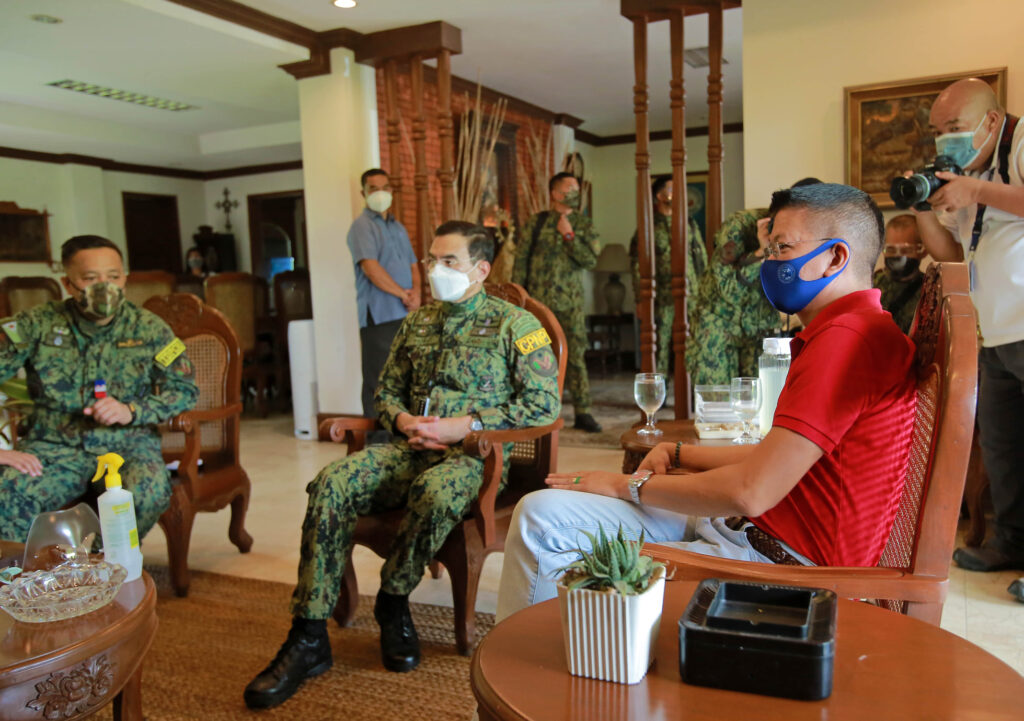 SORSOGON CITY – In a brief sortie to Sorsogon the Chief PNP Gen. Guillermo Eleazar visited the Sorsogon Police Provincial Command at Camp Escudero yesterday but the live stream broadcast of his command conference is no longer viewable.

The visit caught local motorists by surprise after a phalanx of fully armed police officers and vehicle escorts were on stand-by at the corners of the main city streets. Dropping by at Police Community Precinct 2 extended the lines of a motorist making way to the intersection.

Though with the traffic snag, the Chief PNP was viewed by Sorsoganons as the right leader who can upright the morale and discipline of the police force.

He also made a courtesy call to Governor Chiz Escudero at his residence.