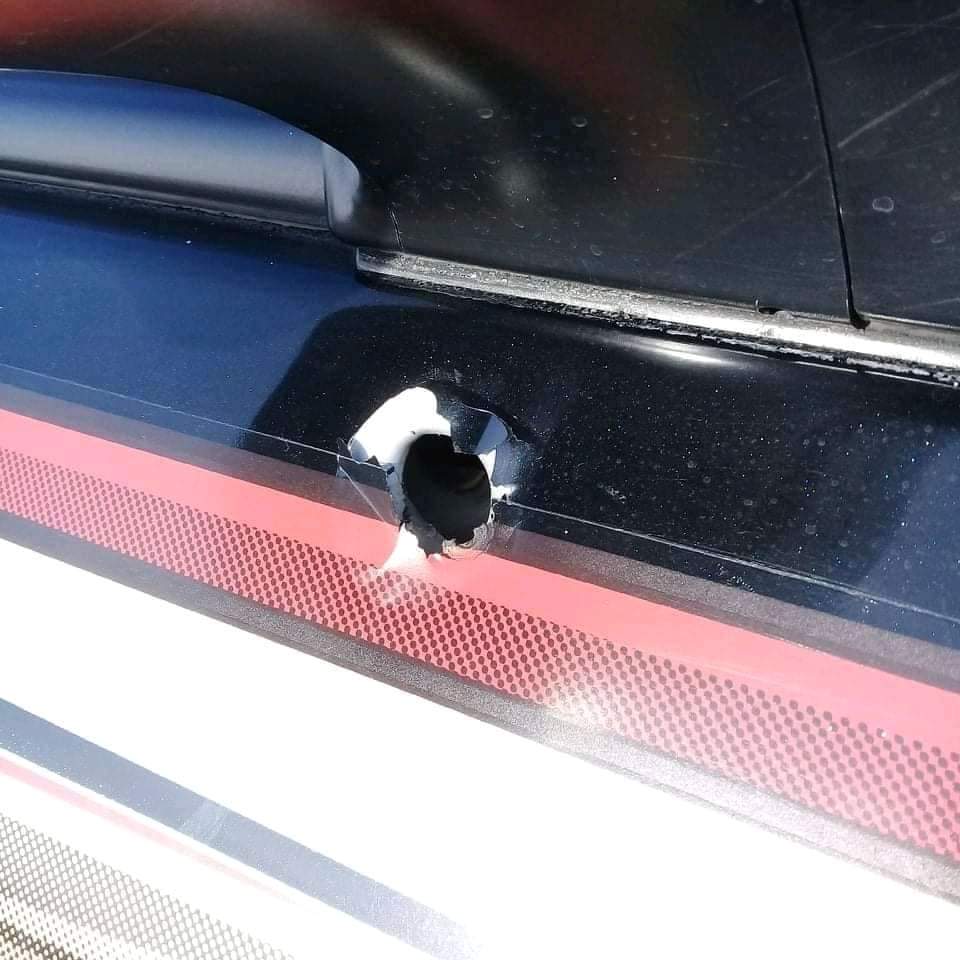 The car has bullet proof on its side that stopped the bullets from going through.

The incident happened about 7 am, Tuesday morning, along the highway at Barangay Palistina where he was proceeding to attend the protest against the construction of the controversial Iconic Capitol of Camarines Sur.

In a related development, an online news report, believed coming from the Villafuerte camp, dished out a conspiracy theory, saying the “alleged Andaya ambush was a fake, just to draw in public attention.”

In the meantime, at the proposed site of the Iconic Capitol at Palistina, affected farmers and sympathetic groups were conducting a picket against the construction of the access road.

Andaya and Pili Mayor Tomas Bongalonta opposed the construction of the Iconic Capitol, and vowed to file for TRO before the Court.

Andaya, who ended his 3 terms as Congressman, fought hard and lost against incumbent Governor Migz Villafuerte in the gubernatorial race in 2019.

The proposed Iconic Capitol is a project of Governor Villafuerte, with backing from his father, Congressman LRay Villafuerte of 2nd district.