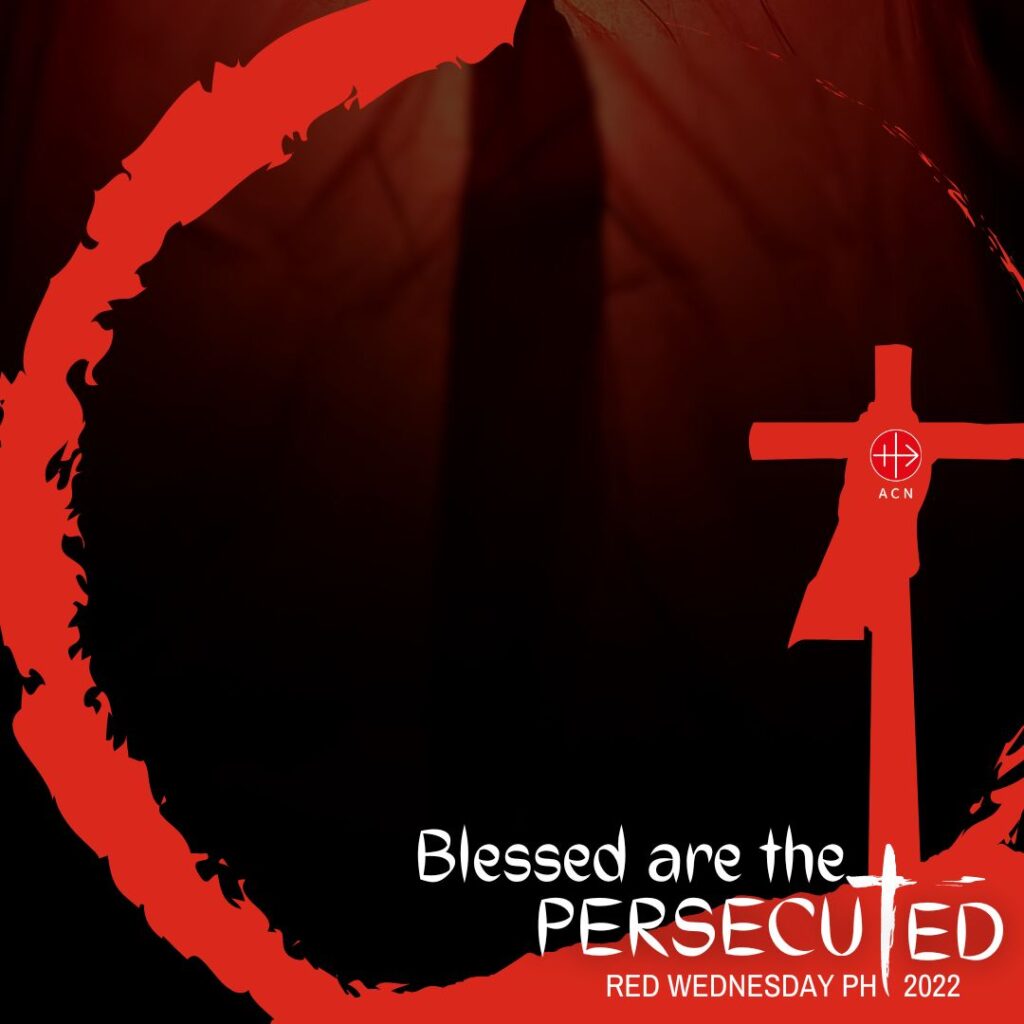 The Philippines Catholic parishes and its institutions are invited to join the churches around the world to observe the annual “Red Wednesday” which falls on November 23 this year.

With the theme “Blessed are the Persecuted”, this year’s main celebration will be held at the Antipolo Cathedral in the province of Rizal.

Red Wednesday is an initiative of ACN to pray for, and draw attention to, Christians who suffer and are persecuted because of their faith.

ACN Philippines’ chief operating officer, Msgr. Gerardo Santos said “If possible, the building façade of the churches, schools, and participating institutions is to be illuminated or decorated in red,”

In the Christian faith, red is the color of martyrdom. Studies have shown that Christians remain the most persecuted faith group in the world, particularly in the Middle East and Africa.

ACN is the official papal charity for persecuted Christians worldwide with at least 23 offices around the world and one of them is in the Philippines.

“Where there is violence and terror, ACN aids and materially responds to the call of the mission to promote ecclesial and spiritual communion between those who suffer for their faith in Jesus Christ, and those who possess a compassionate and generous heart,” Santos added.

Red Wednesday was first organized in the United Kingdom in 2016; a number of dioceses in the Philippines started joining the campaign in 2017.

In January 2020, the Catholic Bishops’ Conference of the Philippines (CBCP) declared Red Wednesday as an official church activity in the Philippines.