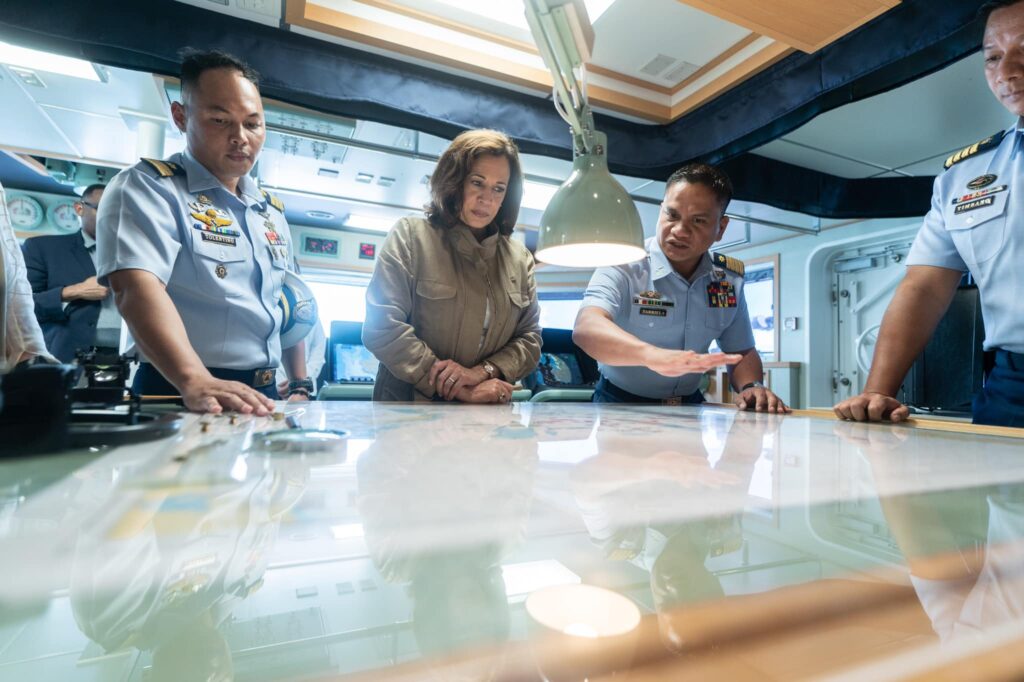 “Whether it’s Chinese or American troops, we are against any military intervention that trample our sovereign rights and territorial integrity. There is no lesser evil between these countries that advance their own vested economic and geopolitical interests”, said Fernando Hicap, Chairperson of Pambansang Lakas ng Kilusang Mamamalakaya ng Pilipinas or PAMALAKAYA in statement.

Hicap, who is also a former lawmaker from Anakpawis party-list urged VP Kamala Harris not to capitalize the plight of Filipino fisherfolk to justify the construction of more military bases in Palawan, in addition to the existing U.S. naval station in Oyster Bay.

“VP Harris is not here to talk peace, but to provoke China and push them to become more aggressive and hostile in the West Philippine Sea, at the further expense of the fishing security of Filipinos”, Hicap said.

Likewise, the fisherfolk leader told President Marcos Jr. should quit from being neutral in the guise of his foreign policy of being ‘friends to all and enemy to none’, which is essentially being subservient to China and the U.S., and virtually making the Philippines a target for all.

“We assert an independent foreign policy based on mutual respects and recognition of sovereign rights. The U.S. should bring its imperialist war with China elsewhere, and leave the Filipino fishers in peace,” Hicap ended