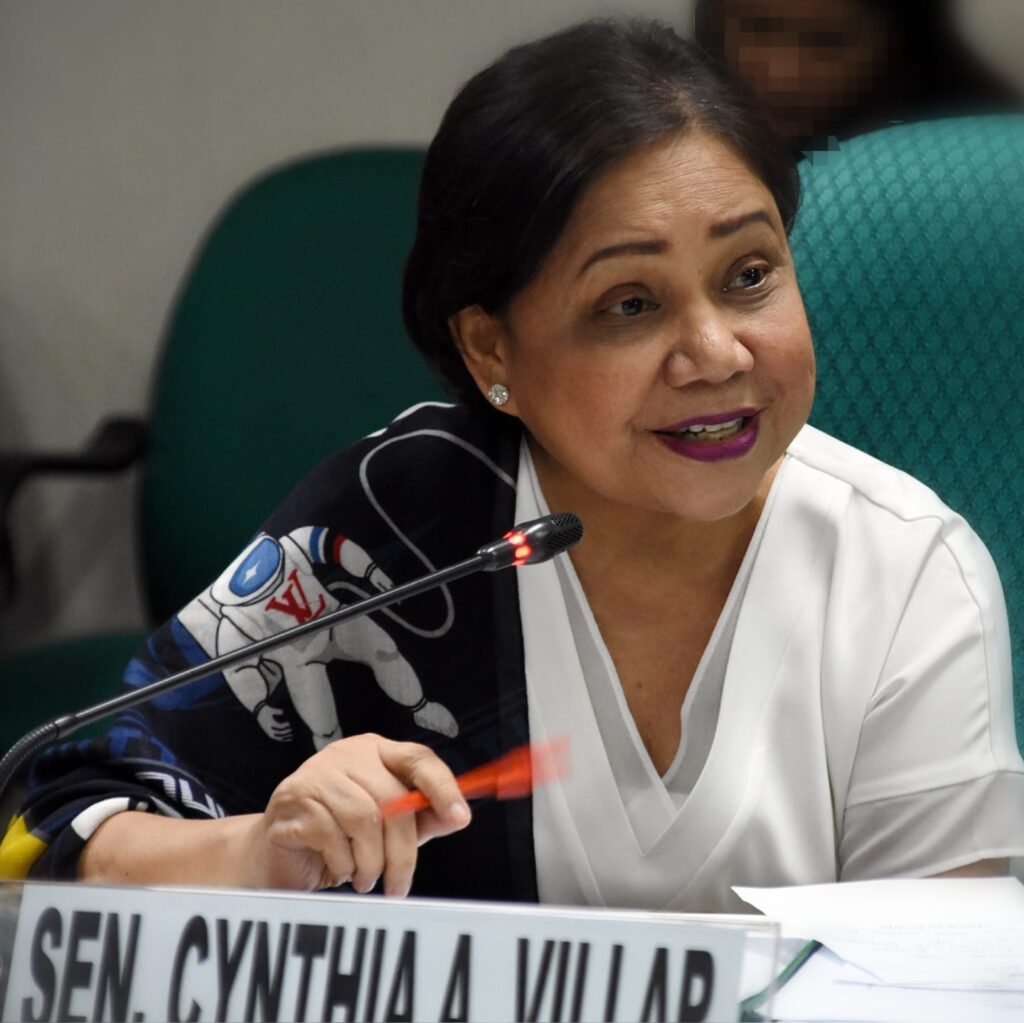 Farmer’s group Kilusang Magbubukid ng Pilipinas (KMP) and the peasant women federation Amihan today called the resignation of Sen. Cynthia VIllar on two key committees in the senate that she was currently handles, Senate Committee on Agriculture and Food and Agrarian Reform and Senate Committee on Environment, Natural Resources and Climate Change.

Recently, senators Cynthia Villar and Raffy Tulfo clashed in a senate hearing on the budget of the Department of Agriculture (DA), particularly on the issue of land conversion.

According to farmers’ groups, the senator clearly has a big conflict of interest on the two senate committees because the Villar’s owned one of the biggest real estate business companies in the country that constructs subdivision (Vista Land), water utility (Prime Water) and among others. Sen. Villar holds the two key senate committee chairmanships since 2013.

“Sen. Villar treats agriculture as business. For her, the construction of subdivisions is far more important than the farmers and food security of the country. It seems like Villar wants the people to eat cements’ the groups said.

“Villar chaired the Agriculture and Food and Agrarian Reform committee in the senate, but she chose to enact RA 11203 o Rice Tariffication Law despite farmers opposed it. Because of the said law, there has been an influx of imported rice in the local market which caused the bankruptcy of our local rice producers estimated at around P206 Billion. She also currently chairs the Committee on Environment and Natural Resources and Climate Change but her family’s Primewater Inc not attempting to control all local water district operations in the country also charges its customers high service fees’, the group added.

They also revealed that the Villar family who also owned Vista Land Real Property currently has P309 Billion initial assets and has control of around 2, 925 hectares of land in the whole country. “This land which is owned by their real estate company converts into other use from agricultural to commercial and residential classification”.

Moreover, the peasant groups stand with the position of Sen. Raffy Tulfo that agricultural lands should not be converted to other use like subdivisions, especially now that the country is currently experiencing a food crisis. “We urged Sen. Tulfo to support the call of farmers to have a moratorium on land conversion” the peasant groups said

Aside from Vista Land and Lifescapes Inc. and Primewater Inc., the Villar’s also owned shopping malls and office towers, they also had a business in retailing, casino, a TV network, renewable energy and among others.