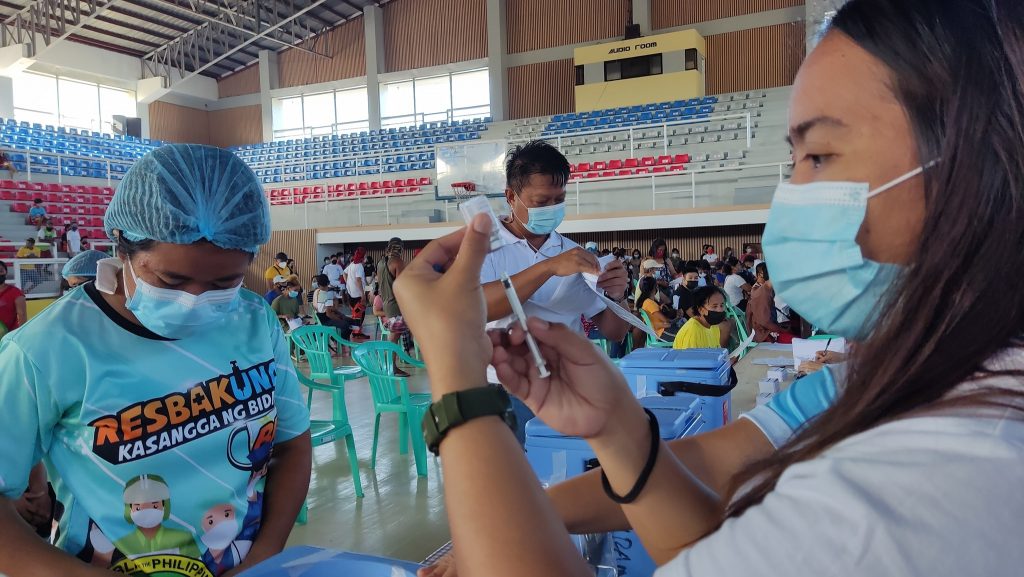 Up to 255.58% were vaccinated in Casiguran or 2,219 jabs administered on the first day of National Vaccination Days (NVD).

Casiguran has the highest percentage of vaccinated people in the entire province of Sorsogon.

RHU Casiguran only targeted 1,103, but it exceeded the target due to the number of people turnout who wanted to be vaccinated.

Many young people were vaccinated, including workers, employees in private offices and companies, senior citizens and others.

The local government thanked the public for the big turnout in the NVD.

On the first day of Bayanihan Bakunahan, 29,141 individuals were vaccinated in the entire province of Sorsogon, according to data from the Provincial Health Office.

This is more than the 26,798 daily vaccine targets required by the DOH.

According to latest PHO data, the towns of Casiguran, Juban, and Sorsogon City have the highest number of vaccinated on the first day.

Also, including the towns of Pilar, Sta. Magdalena, Magallanes and Barcelona have the highest numbers of vaccinated based on population.

It is the second day of Bayanihan Bakunahan and individuals, aged 12 and above, can go to the vaccination sites.