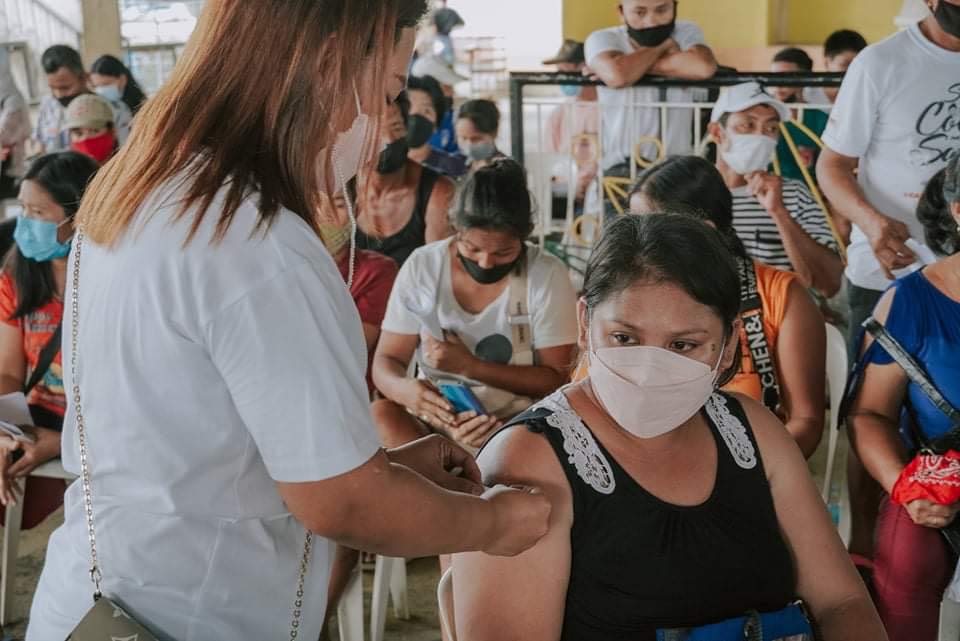 The unvaccinated “Masa” came out from their dwellings toward the local vaccination centers on National Vaccination week amid local governments threat that their cash payouts from 4Ps, ayuda from DOLE Tupad, and senior citizen pensions would be forfeited.

Although legal experts opinion say, on the contrary, that it is against the law to deprive indigents of their welfare benefits if they refuse to be vaccinated, local governments ignore this.

In Sorsogon, Governor Chiz Escudero once said that such government agency threats is a violation of the law since the 4Ps is covered by a particular law.

In Tigaon, Camarines Sur, 3 days before start of National Vaccination week, men with bullhorns from the “Municipio” made the rounds announcing free vaccinations, while making threats that their refusal would lead to forfeiture of their cash payouts from 4Ps, cash grants from DOLE Tupad, and senior citizens would not get their pensions.

It is not clear if such forfeiture policies have the discreet approval from concerned National agencies, but local governments have resorted to these “coercive” tactics.

Reports say LGUS are under pressure to vaccinate their unvaccinated constituencies to reach targeted national vaccination goals amid threats from DILG.

To win “pogi points” , local governments cracked the whip on the powerless “Masa” who are mostly beneficiaries from welfare doleouts from DSWD and other agencies.

On Monday night amid heavy rains, several indigents in Tigaon were still queueing up for their turn to be vaccinated as hundreds turned up for vaccination on that day.