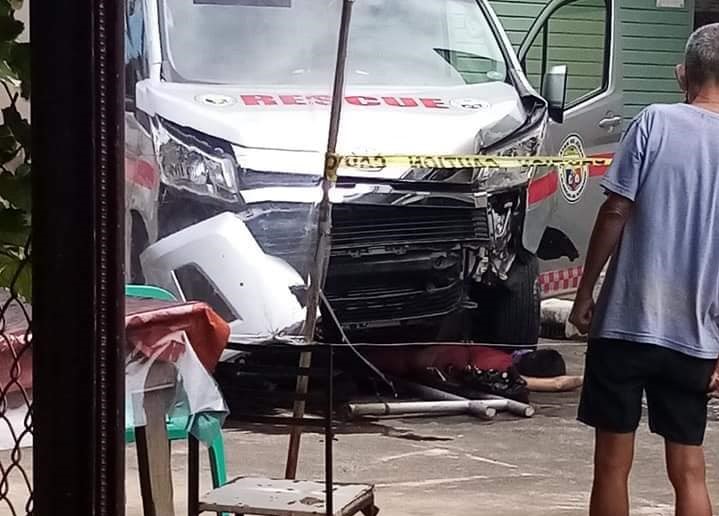 Two staff of the isolation facility in Juban, Sorsogon, died in a freak accident yesterday.

The two, 23-year olds Nestor Habla and Celbert Grajo of Barangay North Poblacion, were ran over by the town’s MDRRMO Transport Vehicle inside the isolation facility compound.

Police investigators reported that driver Oriel Gabito boarded the ambulance, and after releasing the hand brake, the ambulance suddenly lurched forward right into the 2 victims who were tinkering with their motorcycles in the parking area.

The victims were dead on arrival when rushed by responders to a hospital.