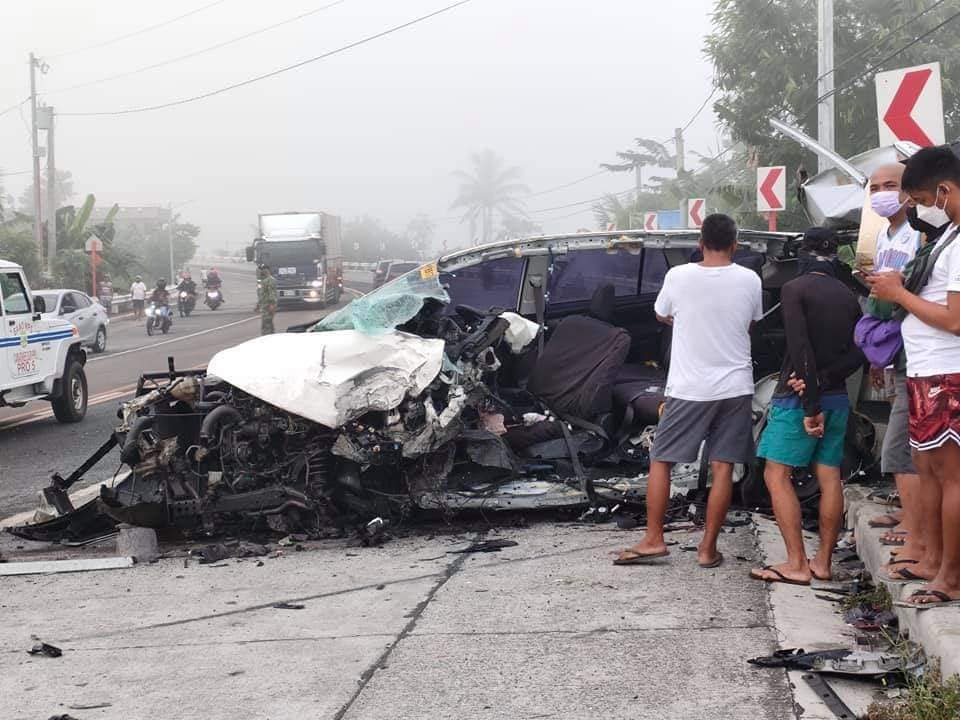 Two died, 11 others were injured when two vans collided against each other in Barangay San Jose, Baao, Camarines Sur.Dead on the spot was the driver of the multi-purpose vehicle (MVP), and another passenger when it hit head-on an approaching van.

The accident happened at about 4 early Monday morning at Barangay San Jose.

Another passenger of the MPV was also injured.

According to initial police report, the MPV was proceeding to Albay Province, while the other van was bound for Manila.

Also, injured were all 10 passengers of the Manila-bound van, including the driver, who were rushed to a hospital.

As of this posting, police were still investigating, and there was no confirmation yet if the ill- fated Manila-bound van was a rented or family vehicle.