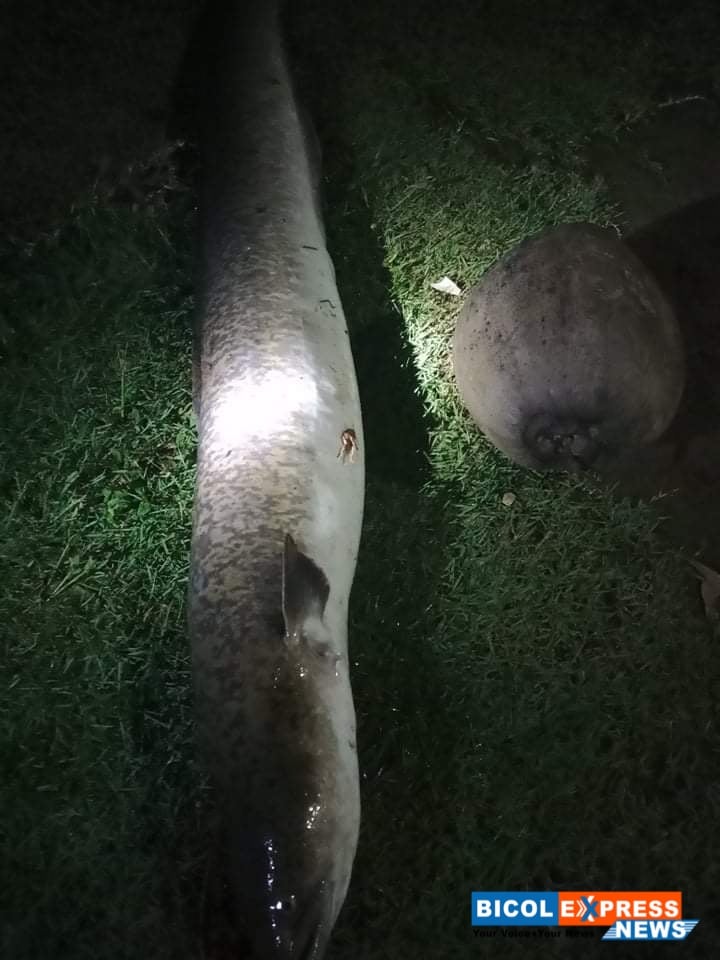 The said Eel weighs more than ten (10) kilos and length of more than five (5) feet long.

Brothers Louie and Lamic Penaflor, with friend Ryan Habitan, caught the eel along the Casiguran river, around 8:00 pm, Wednesday, December 29, 2021.

According to them, every time there is a flood, the eels come out, so they go fishing..

Eel or “Igat” is also called in Bicol dialect “Casili” or “Palos”.

It has the scientific name “Anguilliformes” which is found in freshwater.

Eels are ray-finned fish belonging to the order Anguilliformes, which consists of eight suborders, 19 families, 111 genera, and about 800 species.

Eels undergo considerable development from the early larval stage to the eventual adult stage, and most are predators.